Camille & Ulysse is a film by Diana Toucedo with the philosophers Vinciane Despret and Donna Haraway, and adapted from the texts “The Camille Stories” (published in Haraway’s Staying with the Trouble: Making Kin in the Chthulucene, 2016) and Despret’s Autobiographie d’un poulpe (Actes Sud, 2021).

Co-produced by the CCCB (Barcelona) and the Centre Pompidou (Paris), in collaboration with Fabbula, Camille & Ulysse was commissioned especially for the exhibition “Science Friction, life among companion species”, curated by Maria Ptqk, held at the CCCB from June 12th to November 28th 2021. 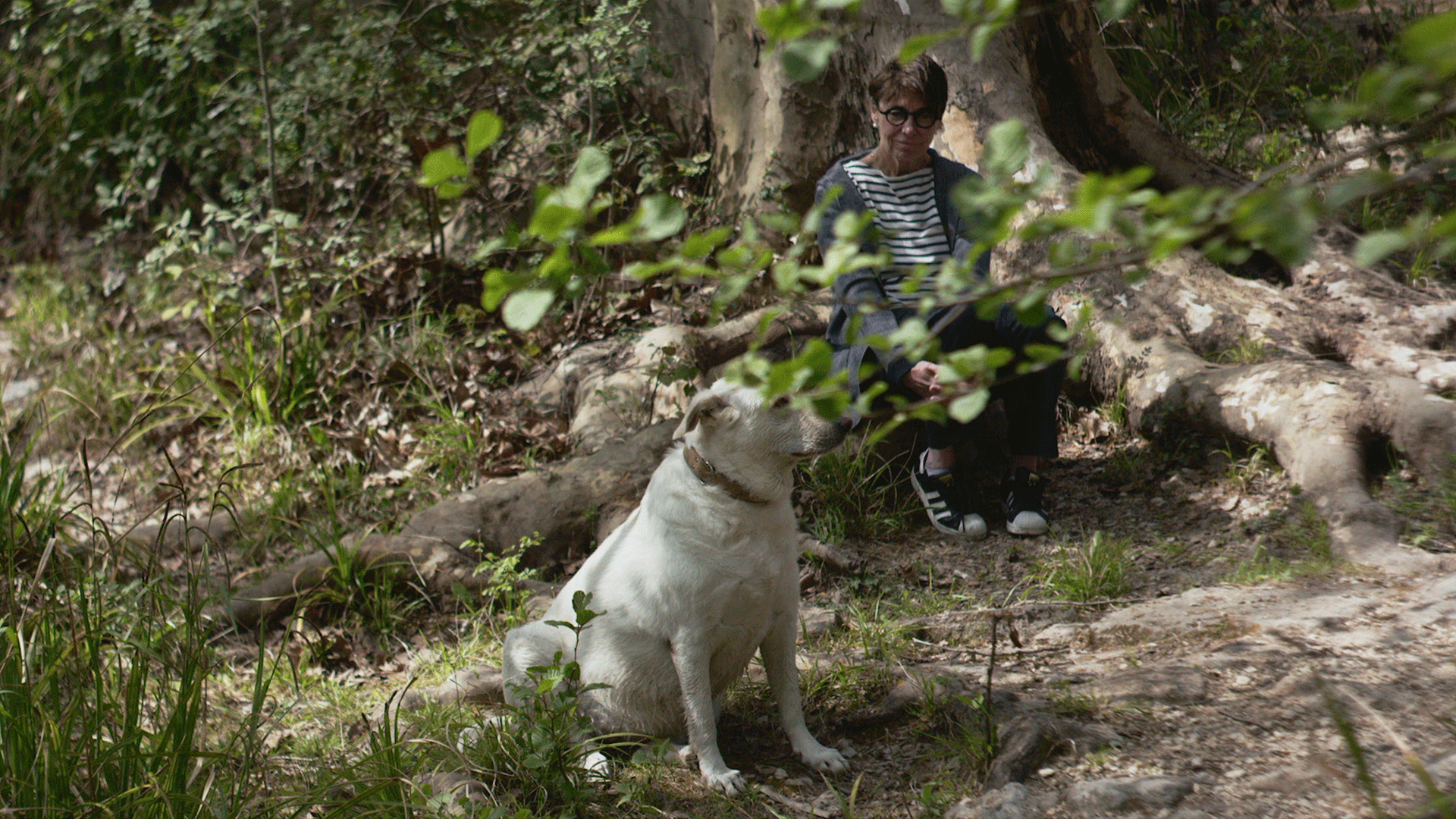 An oral tale to think with - Synopsis

Sometime in the future, Camille & Ulysse recount the intertwined stories of the first generations of their communities of humans and non-humans, the communities of compost. Camille joins symbiotically with migrating Monarch butterflies, whose routes of migration and sites of habitation are endangered across the United States, Mexico and Canada. Ulysse, as do all the Ulysses in the community, experiments with the possibility of living in the presence of already extinct octopuses, by learning their gestures, language and highly particular forms of sensitivity.

Filmed as an oral tale and correspondence between the two storytellers and their fables, the film follows the communities’ ways of living and dying on a damaged planet as well as their ever expanding fluency in a new scientific field, therolinguistics, or the study of animal languages. The storytellers, in concert with their symbiotic companions, become more attuned to possibilities for flourishing for both tentacular and metamorphic beings. 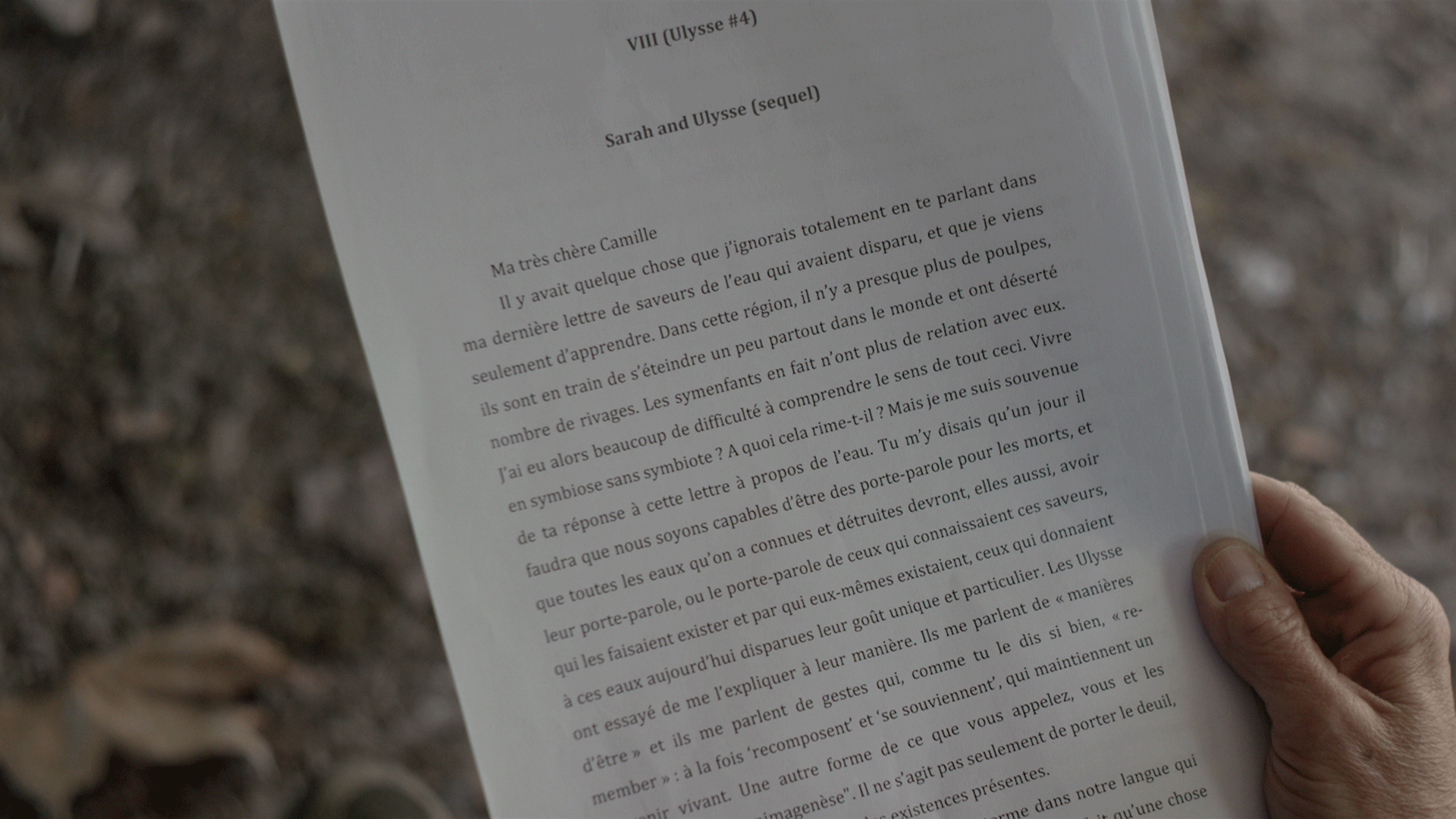 About the film director & 3D artists

This encounter was recorded by the filmmaker Diana Toucedo, whose previous works include the enigmatic Trinta lumes (2017). With her gaze attuned to the mysteries of the natural world, the diffuse boundaries between what is known and what is intuited, Toucedo accompanies Haraway and Despret in the construction of this narrative journey made up of multiple crisscrossing lines. A string figure in which speculative fiction and the experimental essay merge like symbionts. 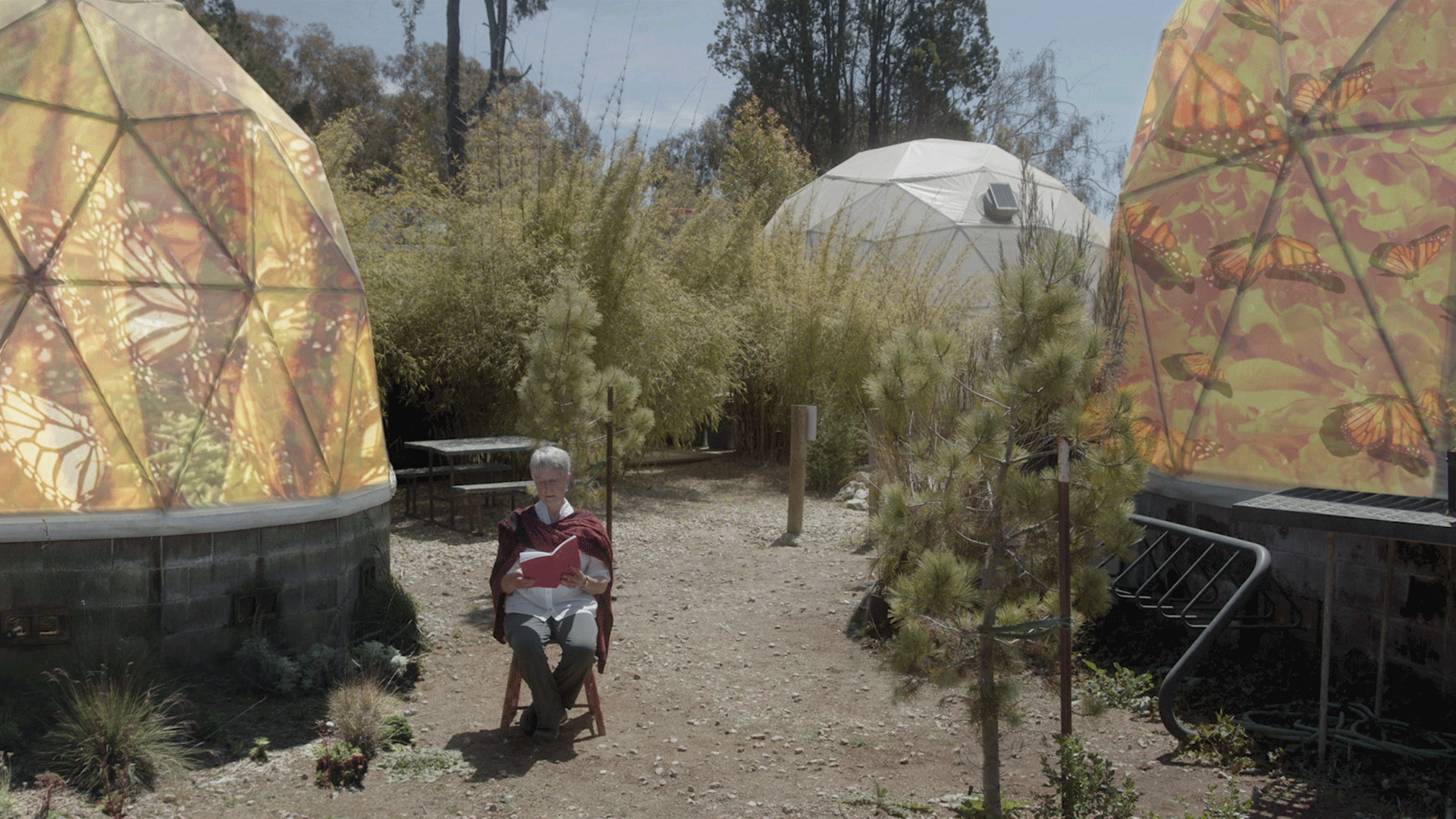 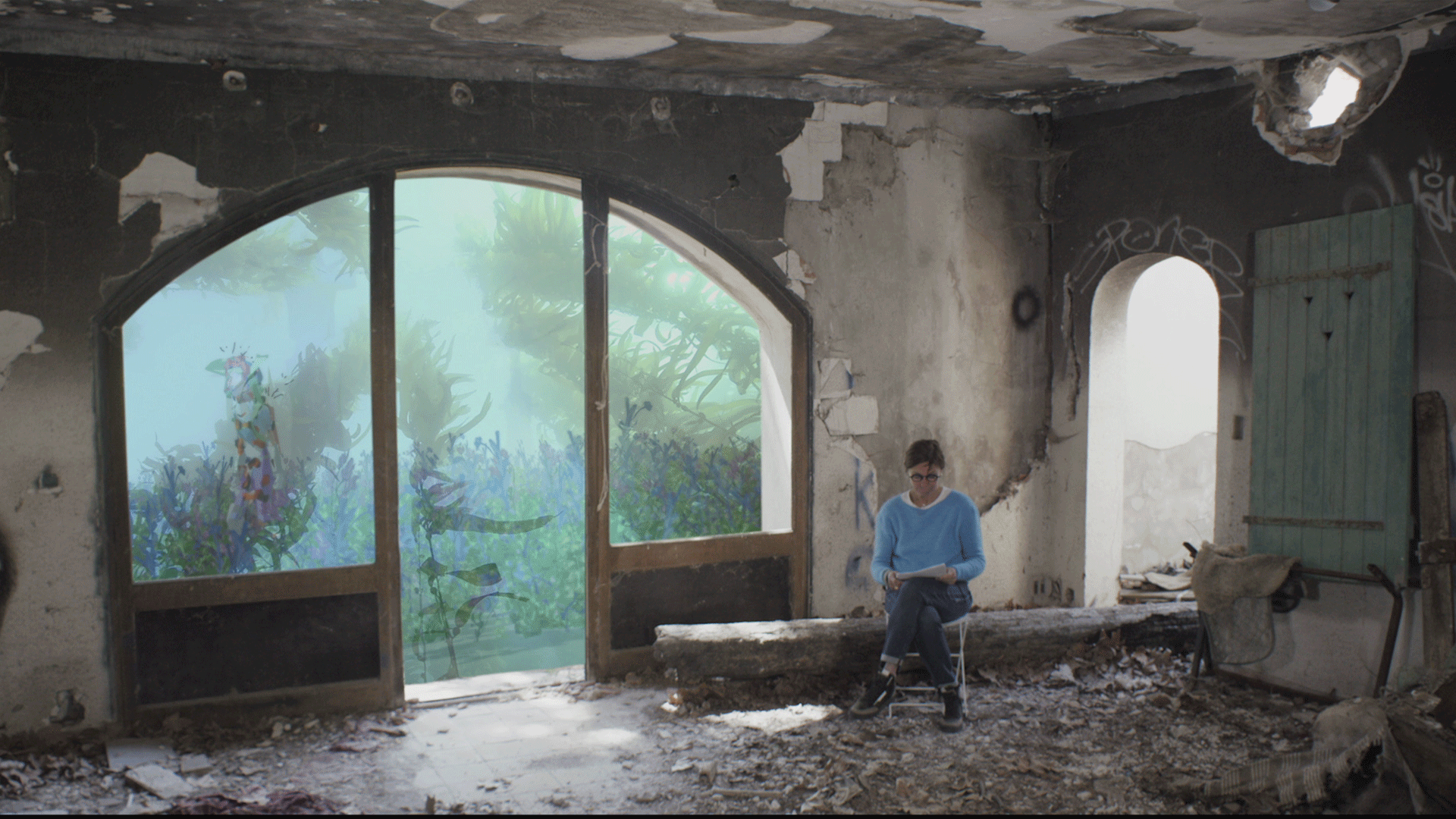 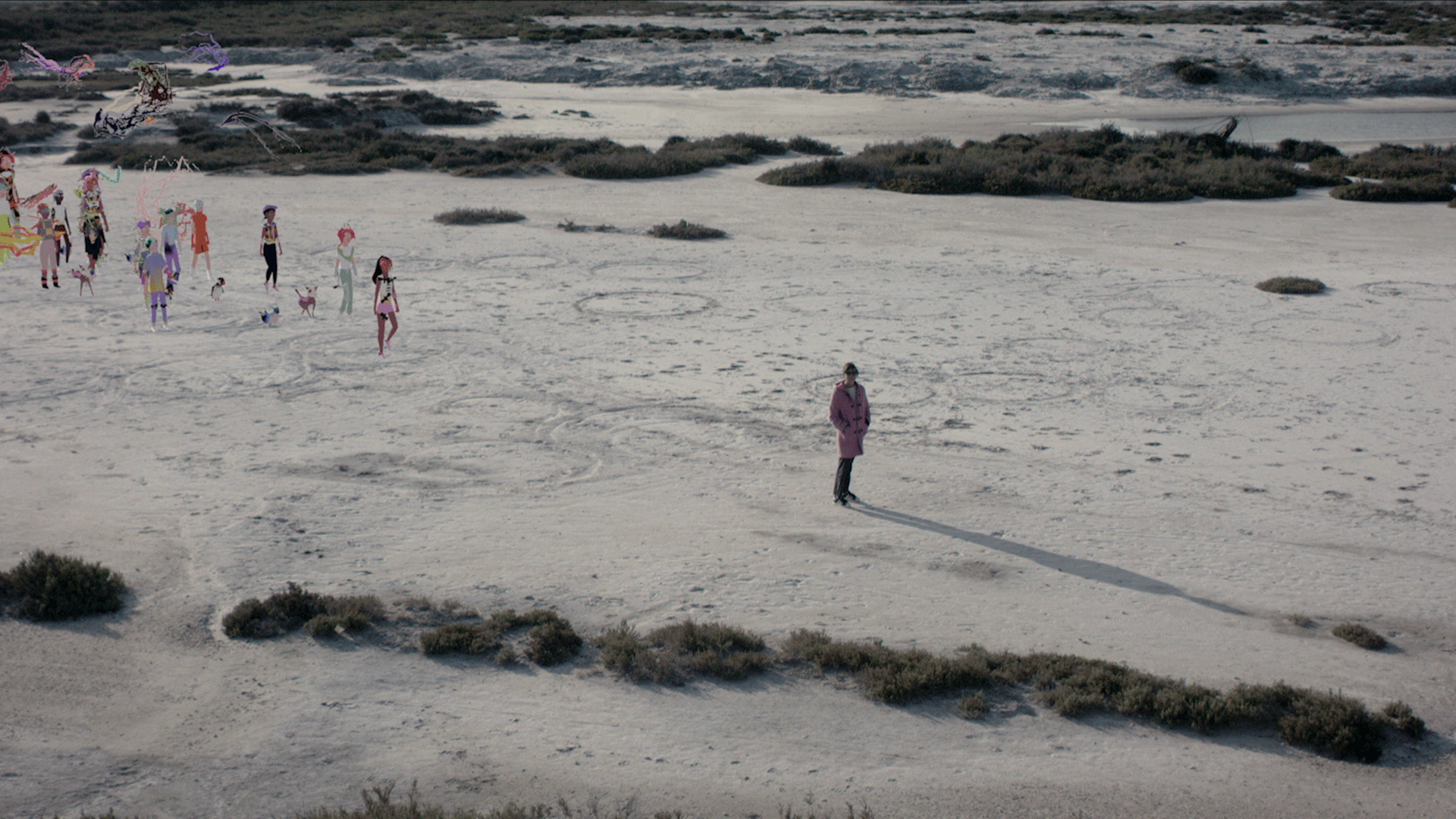 Toucedo invited 3D artists Marija Avramovic & Sam Twidale to play with her footage and their Xenormorphes critters and Supreme symbiotic being.

Marija Avramovic and Sam Twidale are scavengers of virtual worlds. Consensual kin under constant pressure of phenomena and anomalies. They are mutually symbiotic best friends that shift through mediums, forms and roles—virtually and IRL.

Their intimacy is cross-cultural and every language they speak is a hybrid. Naturally, their work is the reflection of it. It’s about creating alternative worlds, digital or not, dystopian or utopian, not human-centered. It’s about transformation, shapeshifting, change, existing in multiple realities. 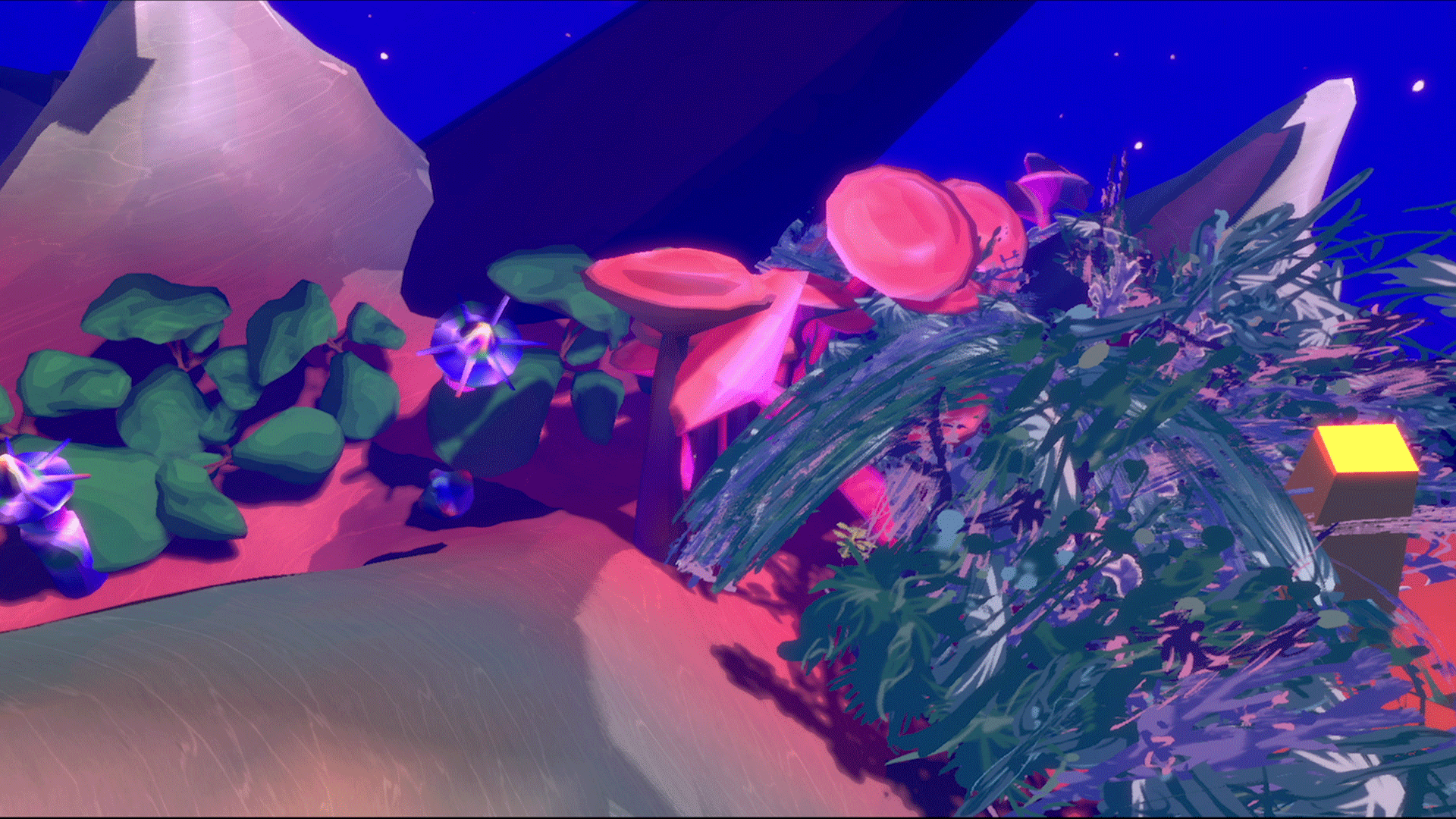 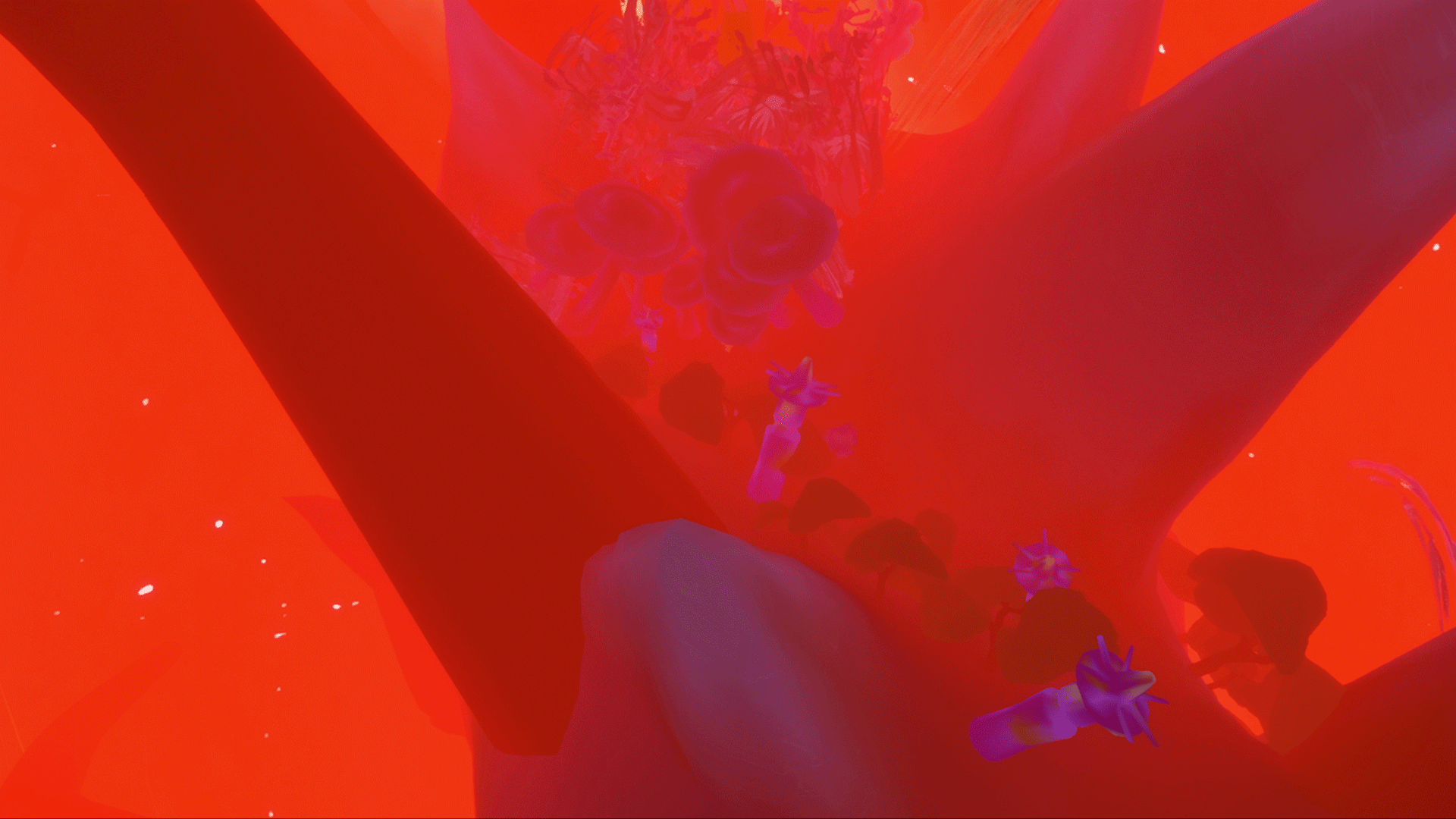 The piece was commissioned especially for the exhibition “Science Friction” opening on June 12 2021 in Barcelona.

Is it possible to imagine other earthly stories? Can we conceive of other ways of living among different species? This exhibition explores these issues with the help of a selection of works of art and popular science. It proposes a change of mentality and sensitivity that questions the supremacy of the human species, opting for a view of the world understood as an ecosystem where all the planet’s species coexist. In this exhibition, its curator, Maria Ptqk, brings together a series of creators, thinkers and scientists from around the world to explore the relationships between species.
Camille & Ulysse is screened regularly during the exhibition. For the inauguration, two special screening sessions coincided with the conversation between Donna Haraway and Vinciane Despret that took place the same day, 12 June, at the CCCB. 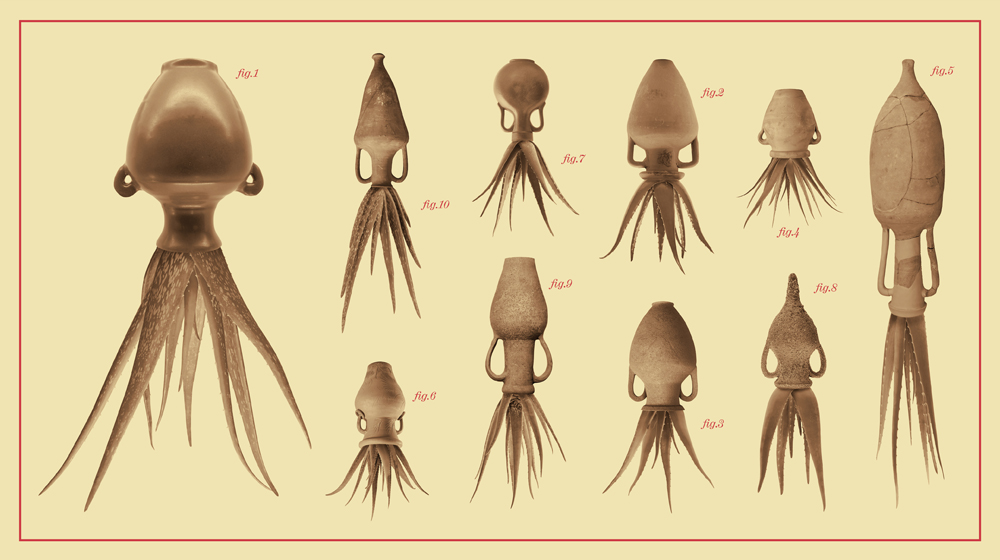