When we saw SENS last march, it was a promising but early prototype. Now it is a gem of a finished VR experience, pushing the boundaries of the medium like no other. Following our long interview with the creative team earlier this year, we had a long chat with comic artist Marc-Antoine Mathieu about his transmedia experience.

I’ve been reading your comics for a long time and I’ve always been very impressed by the research in self-interrogation, absurdity and open-ended meanings. Your graphic novel SENS seems in a way the sum of these ideas.

Marc-Antoine Matheu: Yes, I guess that it is probably a form of acme, the completion of a special kind of narrative process, a search about the full and the empty, the silence, wandering, and of course of a certain sense of absurd, a sharp absurd that would wander in an flat, open and sanded area. 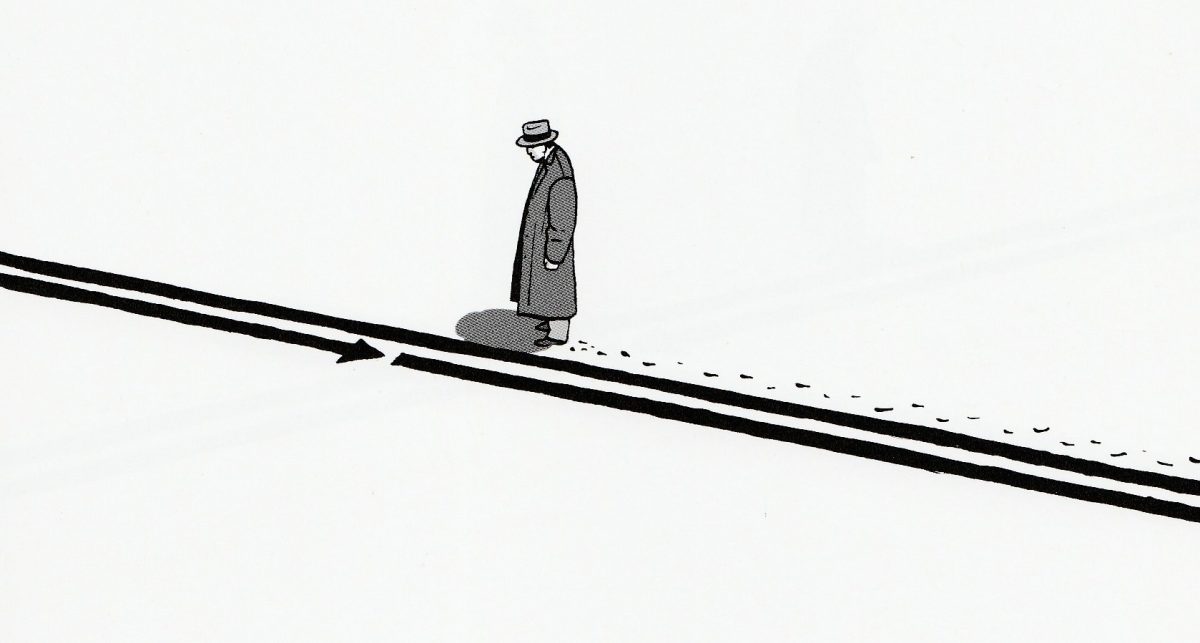 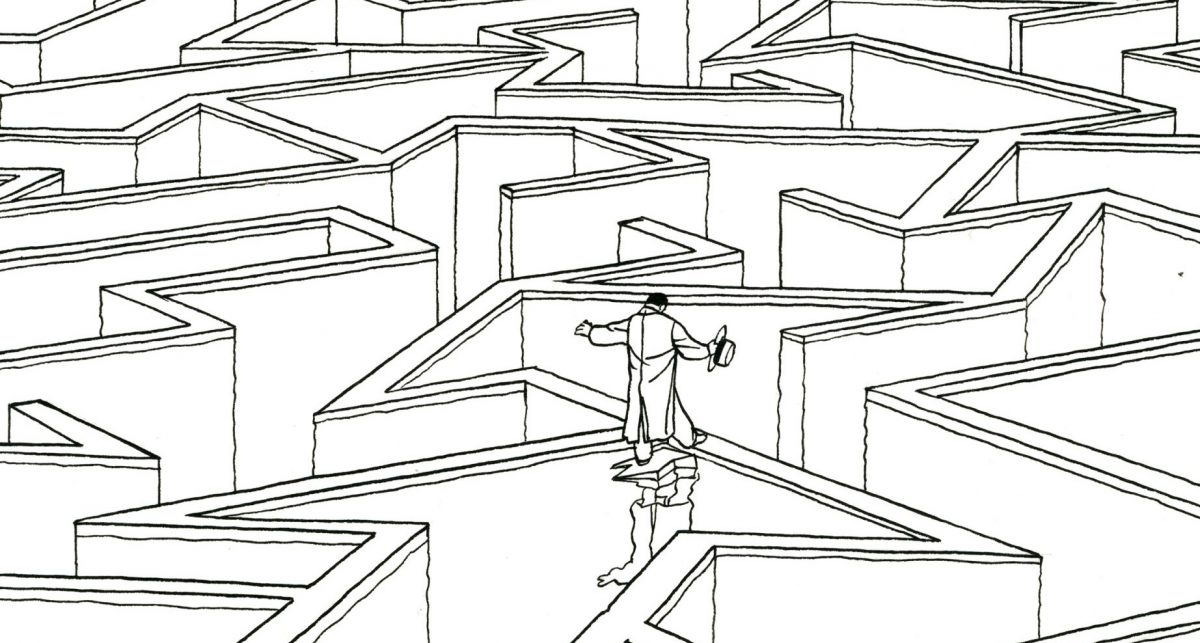 SENS is also an exploration of the image frame.

MAM: Yes obviously. In comics, most of the language we use lies outside of the frame. Everything that we choose not to show becomes in a way the primary narrative component of a comic. Even if invisible, it’s this invisible that is at the forefront. This notion becomes central for the transposition of a novel into a transmedia experience: in SENS VR, everything becomes visible, within the possible viewing of a viewer. In a way the material of SENS was ideal for that, as it is very open: a character  alone in the emptiness, the horizon as his sole companion. Lots we could do with that, especially as we didn’t want to reduce the spectator's ability to interpret the experience in any ways he might want.

In comics, most of the language we use lies outside of the frame. in SENS VR, everything becomes visible.

We can imagine that there were also many occasions to become lost, but the resulting experience is nonetheless fascinating with its fluidity. It’s as if it came to be spontaneously, whereas we know a large team has been busy working on it for more than a year! I imagine there must have been plenty of debates, on which point have you been most demanding?

MAM: I didn't let anything go as far as contemplation was concerned. I didn't want it to become simply another video game, moving you from one checkpoint to the next. But that was agreed from early on. On the other hand, it was important that it didn't become an elitist experience, and that it would still appeal to regular gamers. So I agreed on a few gaming ideas, but it remains first and foremost a contemplative experience. I was also a little worried regarding the graphic appearance because the digital images have such a different quality than paper. But at some point you have to let go somehow and trust that things will evolve for the best.

In the original work each page contained an idea, like a game or a code unfolding. To maintain this abundance with a fluid experience must have been quite a piece of work, right?

MAM: Yes, SENS is a book that I worked on almost automatically. At first I was asked to draw pictures as canvases to be sold in an art gallery. But I didn't really want to do that, I'm a comic books artist and I didn't really feel like becoming part of the gallery scene. Several months later, I came up with the idea of doing some drawings that would be conceived as episodes and that could also be sold as episodes. In a certain way, people would own a piece of me. It was exciting to trigger such exchanges.

MAM:   Then the character with the arrow came to me and I just went on with it. All of it was done in almost a day. Well, not the full book, but the original sketch. There definitely was a fluidity right off the bat. That was probably the main issue, to ensure that everything was fluid in the VR experience as well.

MAM: We took a lot of ideas from the book. For example, you really enter the book on the table, you fall within its pages, and when you return, the table is empty....

There is so much invention in the work. I really think that you and the team have achieved something that really “adds” to the overall culture and language of VR.

By the way, what is your view on the effect of VR. Does it add or substract to a work ? Does it intensify experiences?

MAM: It's quite reassuring to hear you say that. If this foray into VR is worth the future forays in this medium, then we will have succeeded! Regarding the effect of VR, On my end, I've had fairly little experience with the medium. I tried it very briefly in the early 90s in London. It was truly mind-shattering. Back then, I didn't understand why it didn't take off. Then I heard about the neurological and psychological issues associated. I have to admit that when I put on the headgear, I truly cannot tell if I spent two, five or ten minutes in it, if you know what I mean. It really is quite peculiar. I feel like there's an expansion of time that belongs in that additional space, and that our brains are simply not used to it. You move yet you do not move. This must have some incidence on a quantity of space-time, a layer that is very peculiar. We're going to have to adapt to it, much like we did with cinema. It must have taken quite some time for the viewers to appropriate the time of the films for themselves, and not endure the images. There's also the idea of identity. The peculiarity of these arts is that we get to step into the shoes of another character.

MAM: I've realised that for a while now, the idea of identity has been very present in my work. With Décalage,SENS, and with my upcoming book Otto, my characters wear masks, we see them from behind. I probably do this unconsciously, so that the reader can identify with the characters. This works in a way with the drawings, but it is certainly increased in VR medium (or perhaps decreased, like you said) in a very interesting way.. We've had a lot of interesting ideas, we asked ourselves a lot of questions. In comics we don't ask nearly as many questions because we can play with the established language of comics. To evolve from an xy space to an xyz space has consequences on this question of identity, of being and of time. Everything that involves what I am or am not.