With VR’s coming of age, its pioneers are exploring the frontiers, striving to push back the limits shaped by the mediums that have preceded those of VR. These are times of experimentation, of playing with conventions and research by grasping for the true possibilities of the medium. A radicalness naturally assumed by DRIFT, who by their formal novelty and approach entirely devoted to VR, represent an ideal case-study to tackle the specific language of VR.

Fabbula has spent many long hours discussing all this with DRIFT team Ferdinand Dervieux and Aby Batti, the two Paris based souls behind Sharpsense studio. During the upcoming weeks, Fabbula will be publishing DRIFT’s creative journal, offering the occasion to dive into their creative process and to note along the way the particularities of the fictional world of games, in the context of our theme on Narration.

In this first entry of the creative journal, we’ll be exploring Sharpsense’s very particular principals and the origins of DRIFT.

“I need to have someone opposite me who’ll question what I say and who won’t always agree. This brings me to ask the essential questions.”  Ferdinand Dervieux

Constructing a fictional world is a titanic task, a job that can take writers and creators of graphic novels several years. Creating an interactive fictional universe in which the spectator has the active role, like a video game, is an almost impossible mission for a single creator to make. Not only there are so many necessary technical and creative skills to acquire, but creators also need to figure out the infinite viewer’s possible points of view – a task that may very well be impossible for a single creator.

At least that is a point of view Ferdinand and Aby have and aware of this difficulty, they decided to work on DRIFT according to a special method: permanent debate.  Each decision is questioned, confronted and nourished by the other’s point of view. Questioning and working in groups means going beyond a certain traditional view of authorship.

In this manner, the quality of reflection and rapid circulation guarantees the best work. Rather than settling for a consensual solution, oppositions and contrasts co-exist.
This is also the chosen method for the games’ art direction: all in contrasts. Bullets in a museum, killers in Parisian buildings. The player’s rapid movements in stage props frozen in time, with music mixing classical and hip-hop, shade with brilliant light. All of the choices were established by apparent contrasts and give DRIFT such originality and a unique voice: essential components in their world of fiction. 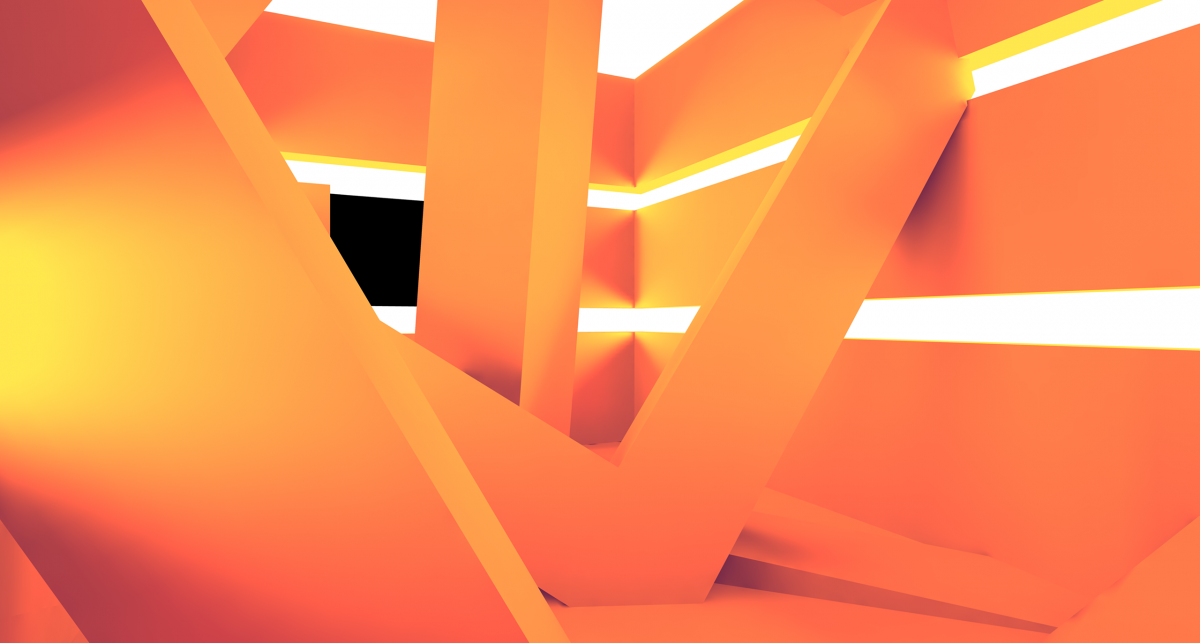 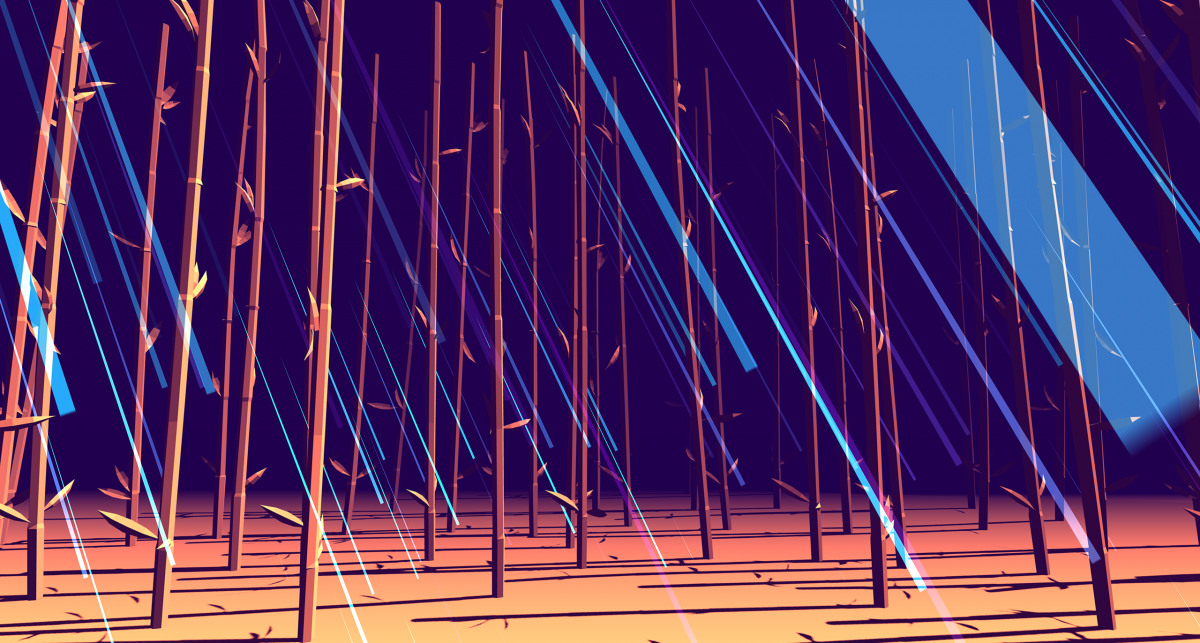 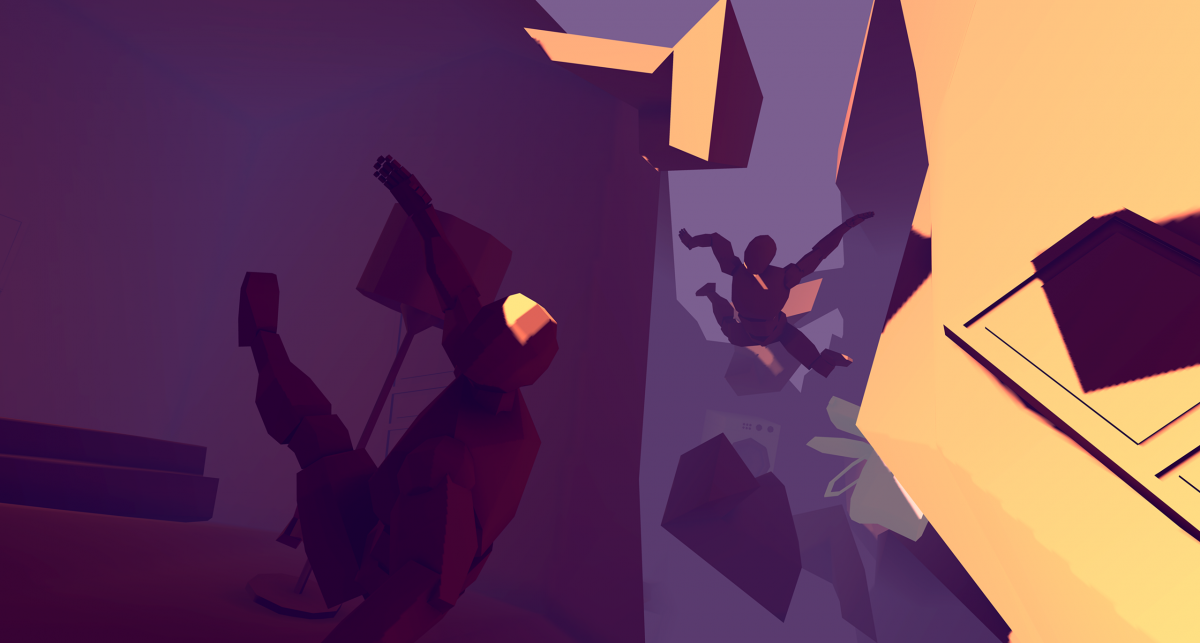 “What does procuring sensations mean? Feeling speed, touching objects, that type of thing; right up to feeling dizzy?” FD

“DRIFT’s identity is radical in its aesthetics, radical in its gameplay and radical down to the finest details. It’s a concept and an idea free of any unnecessary artifice.” notes Ferdinand.

Indeed the team chose not to make any compromises. According to Ferdinand, it was to “explore the limits of VR,” and what could be better than seeking extremes, freeing the game of unnecessary artifice and looking for brut qualities. It was also about creating an experience that could function immediately, capturing the player’s total attention in 10 minutes, which is why there is no introduction, and the tutorial and the controls are as simple as possible.

In the beginning, the creators discovered VR by visualizing experiences they developed themselves. They then participated in a jam organized by Oculus to launch the mobile platform Gear VR. Two other works were proposed, and not insignificant ones: Along the Trail, a visual exploration of personal data on Facebook, and Panopticon, a game illustrated by Julia Spiers [who also draws the cover for this issue of Fabbula – Ed].

One evening, when the team was working on Along the Trail, they had the idea to make a game of obstacles in a maze and to represent the player as a moving object.

After a quick test, the experience was successful. The principle is both familiar – ah, those Doom mazes! – and new – controlling by looking, the gaze that is the only possible point of view in the game.

The idea of the particular art direction quickly became established and came from an experience with Along the Trail. The 3D environment was overexposed with a strong light in Unity, and then lights were put in the shadows to tint them. An interesting degraded effect was obtained, but only if all the decors were completely motionless, as not to saturate Gear VR’s computing powers.

From there, what type of object could move at high speed in a world suspended in time?

The answer was simple: a bullet. And in this case, a special type of bullet with a seeker head and the possibility of making its own way once ejected from the revolver!

Suspended time and the player’s movements

“By freezing time, one can reveal all the facets of a moment of enormous dramatic tension.” FD

Who has never dreamed of walking through a world in which time has been suspended? Graphic novels and literature have already been inspired by this concept. In video games, if slow motion and rewind are well known mechanics (of which Braid might be the finest example), there are few works in which time is transformed into space, offering the possibility of living in and leisurely exploring a microsecond of time.

At the same time, DRIFT is a race of obstacles with increasing difficulty. During the conception of the obstacles, the team realized that the best obstacles were formed by characters with the most composite movements possible. From there, the idea of a scene with wild action was born, in which the many protagonists are engaged in contortions recalling old John Woo movies.

Later on in the conception, the team introduced slow motion, which was to become a key element of gameplay. By adding an interaction, the player’s higher level of participation was very coherent with the game. It is with this tool that one realizes the potentials of suspended time, while strengthening the possibilities of gameplay.

This functions particularly well in VR, whose properties of immersion take us around specific temporalities in a most convincing manner.