Octobre Numérique – Faire Monde is a festival in the Pays d’Arles, dedicated to artists and virtual worlds, curated by Fabbula. From October 6th to 24th, 5 exhibitions of artists-made metaverses as VR, AR, and video games experiences, are installed throughout the city of Arles.

A festival dedicated to the virtual

Octobre Numérique returns this year to Arles with a new concept and a new team. The organizer Faire Monde, a pioneer of the latest trends at the crossroads of art and video games, the creation of virtual worlds and real-time 3D technology, invites the general public and professionals from October 6th to 24th to discover the metaverse as a space of prefiguration to build together an inclusive, sustainable and participatory world.

Faire Monde is an association of cultural actors based in Arles and in the southern region: Actes Sud, Chroniques, Extramentale, Fisheye, Fabbula. 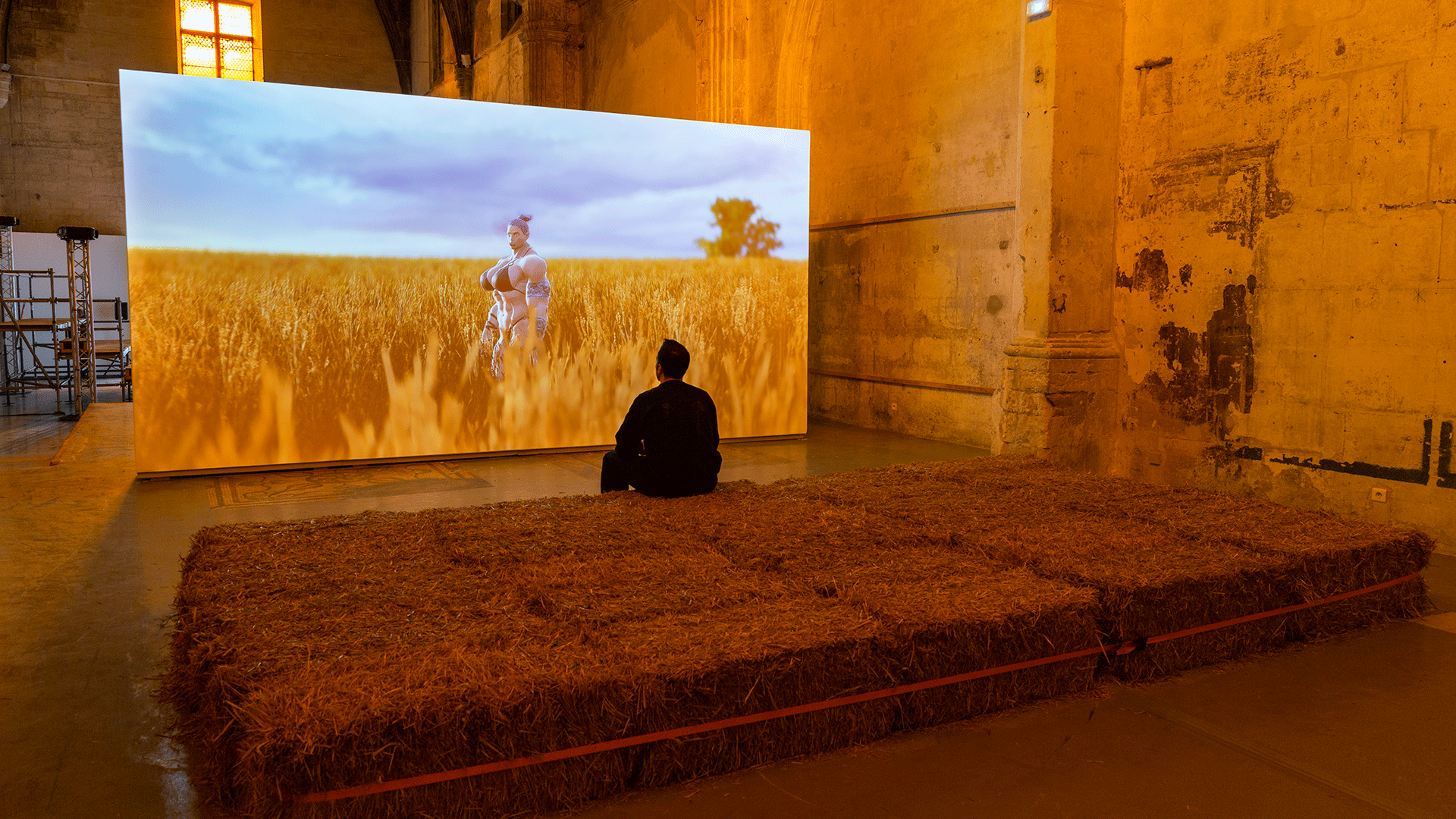 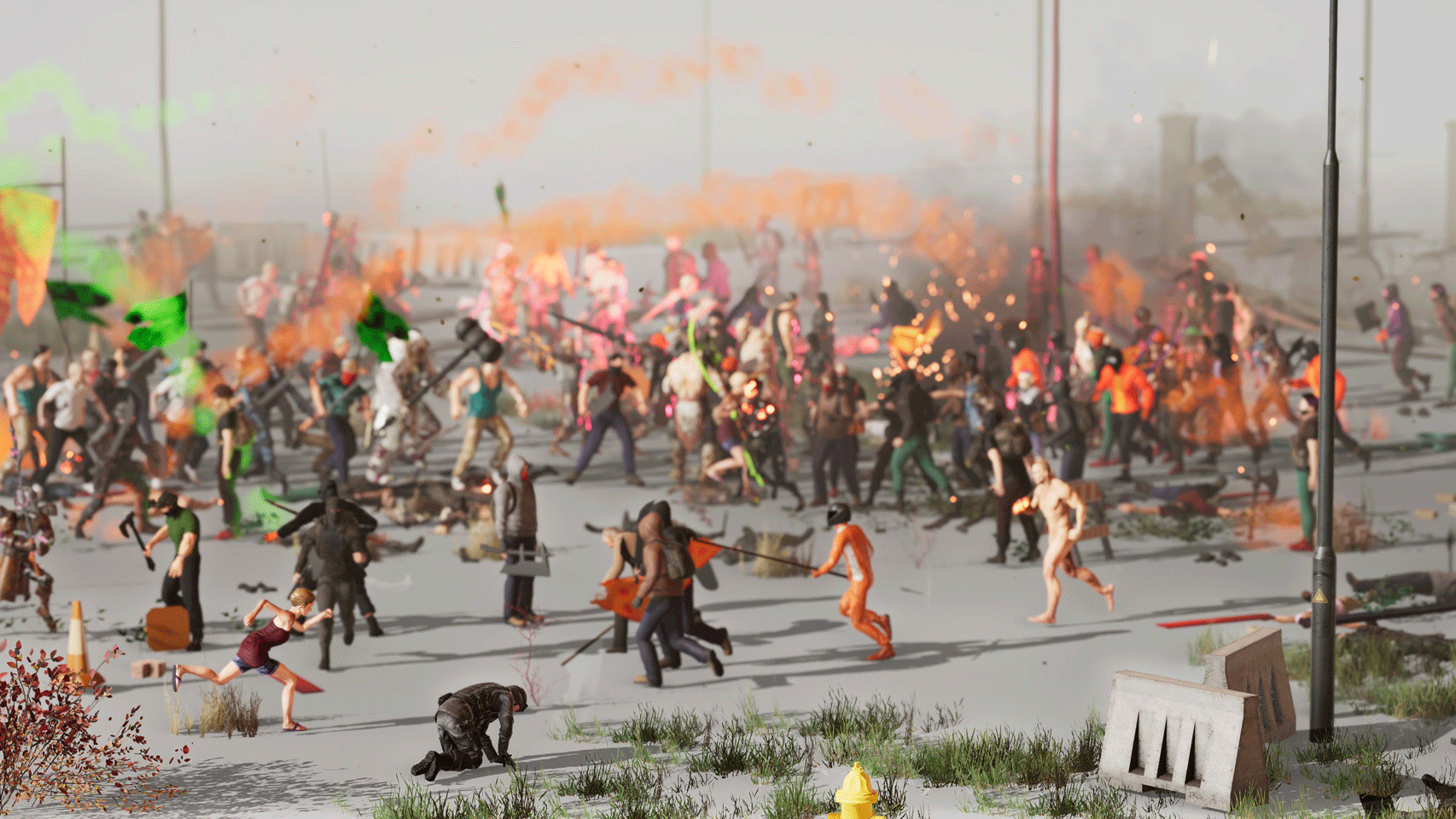 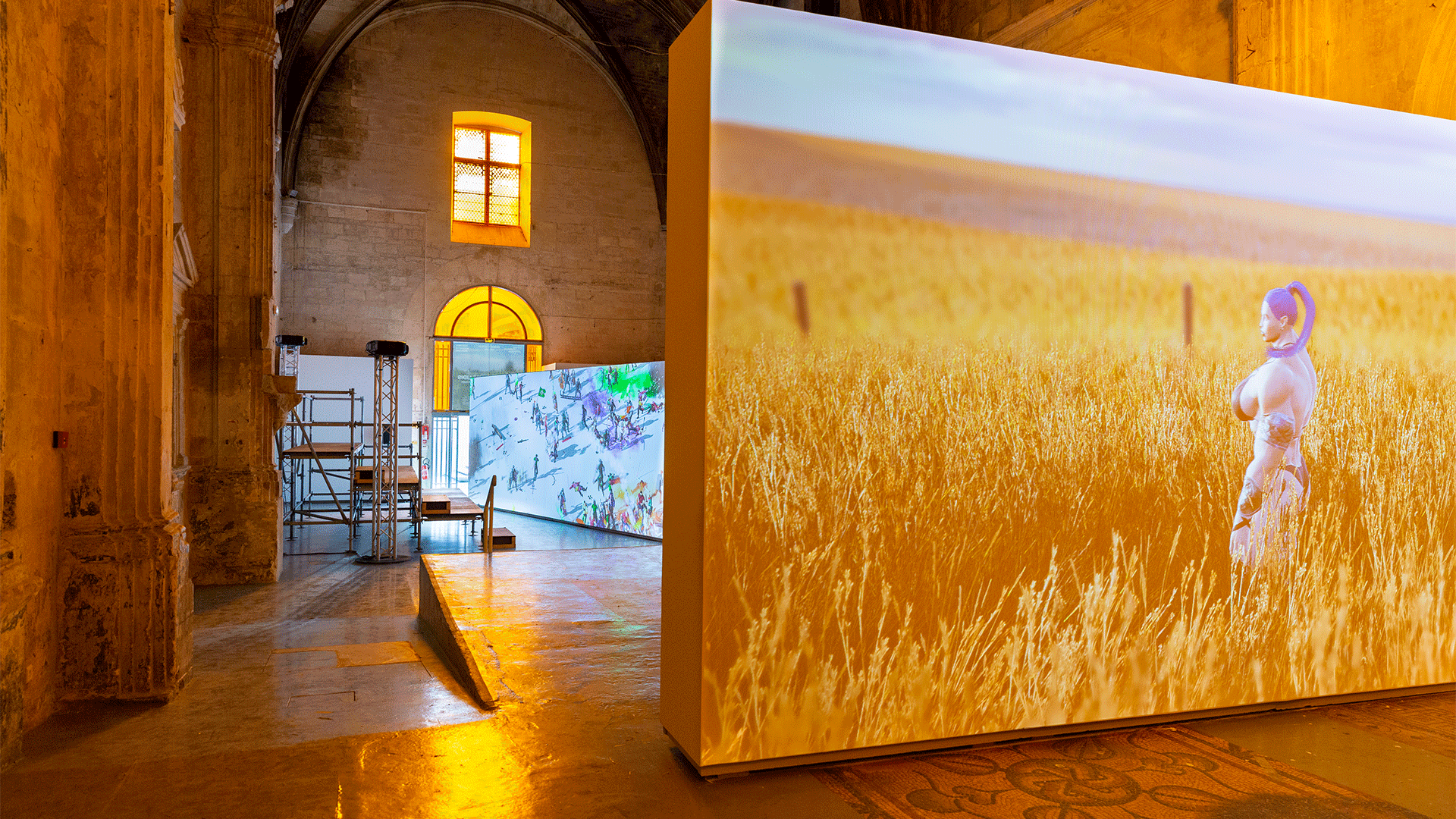 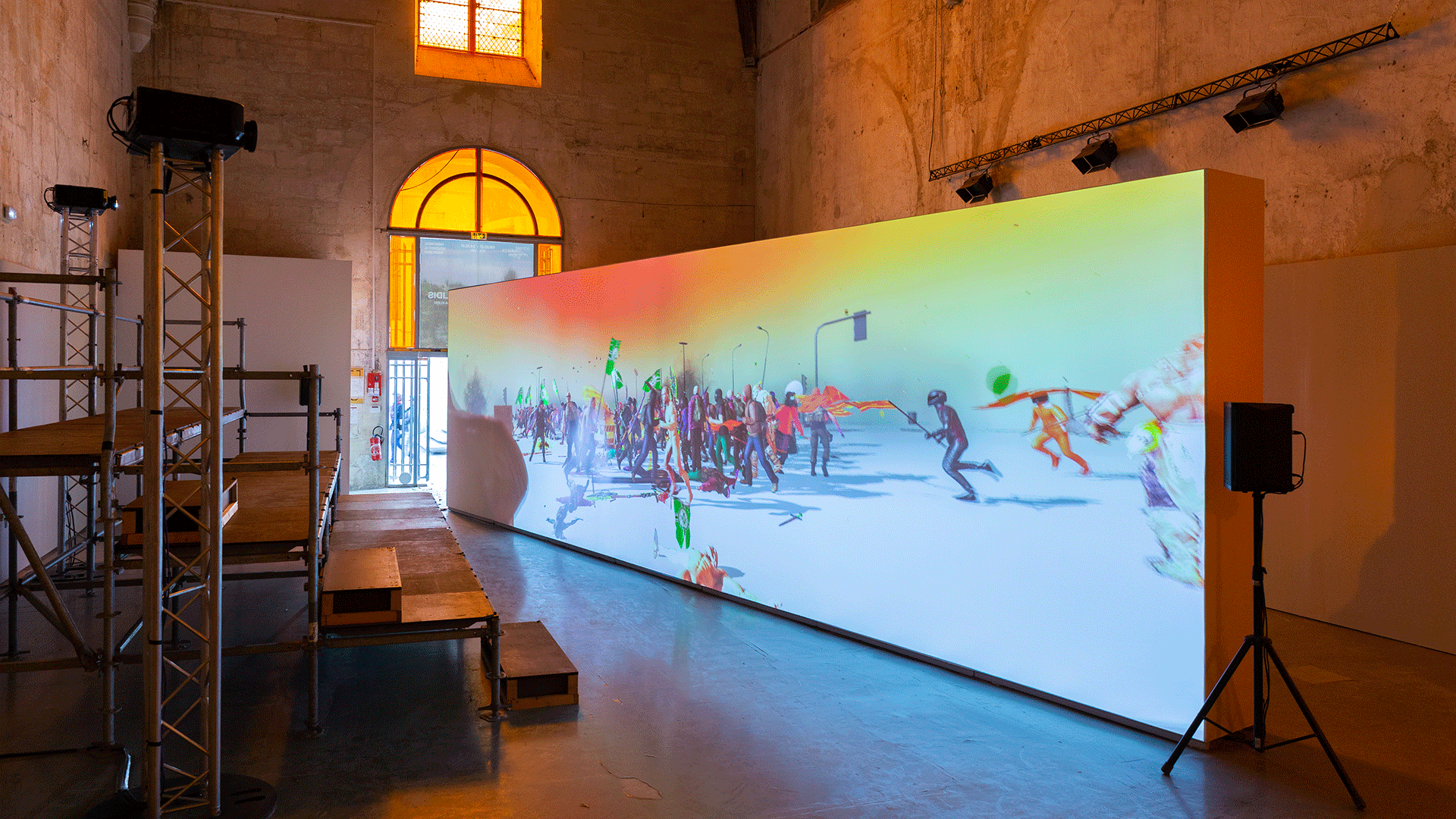 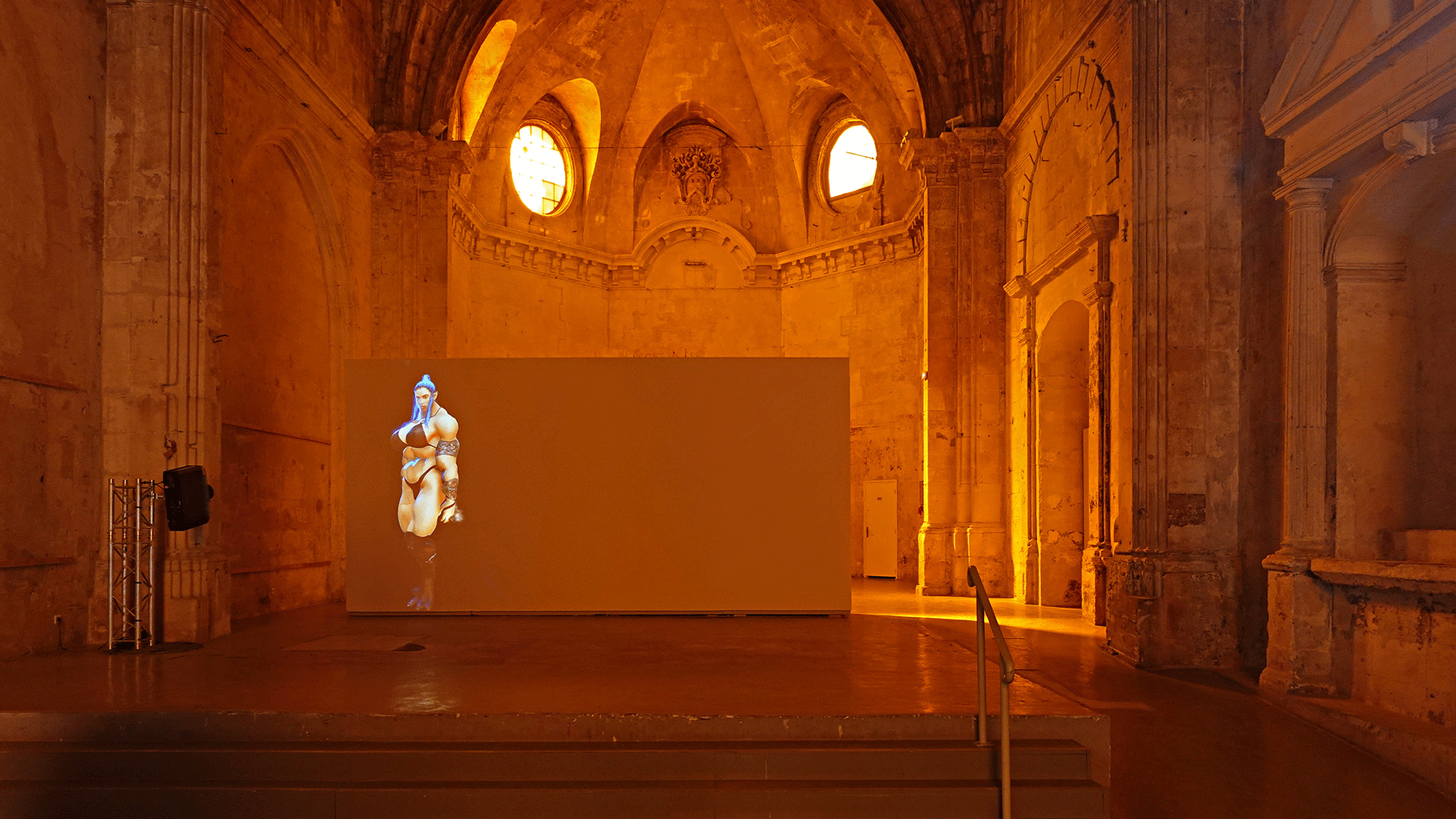 For his first solo exhibition in France, artist Theo Triantafyllidis takes over the 17th Century late Gothic Chapelle des Trinitaires in Arles, France to create an immersive environment featuring a series of recent software works. On an invitation by Fabien Siouffi, the artistic director of Octobre Numérique – Faire Monde, the exhibition explores themes of political radicalization and the representation of nature through the lens of video game culture.

A permanent simulated sunset, together with the architecture of the Chapel itself, create an immersive exhibition space. Within that, two seemingly different worlds collide. Near the Chapel entrance, a pop-up scaffolding structure, as seen in sport games and political rallies, sets the stage for the large projection of Radicalization Pipeline (2021). Deeper into the chancel of the Chapel, the mood shifts and we find a physical hay sandbox installation and Pastoral (2019) a video game that invites the player to frolic in an idyllic landscape and contemplate on the connections between gamification, fantasy, and extremist ideologies that internet culture has accelerated. 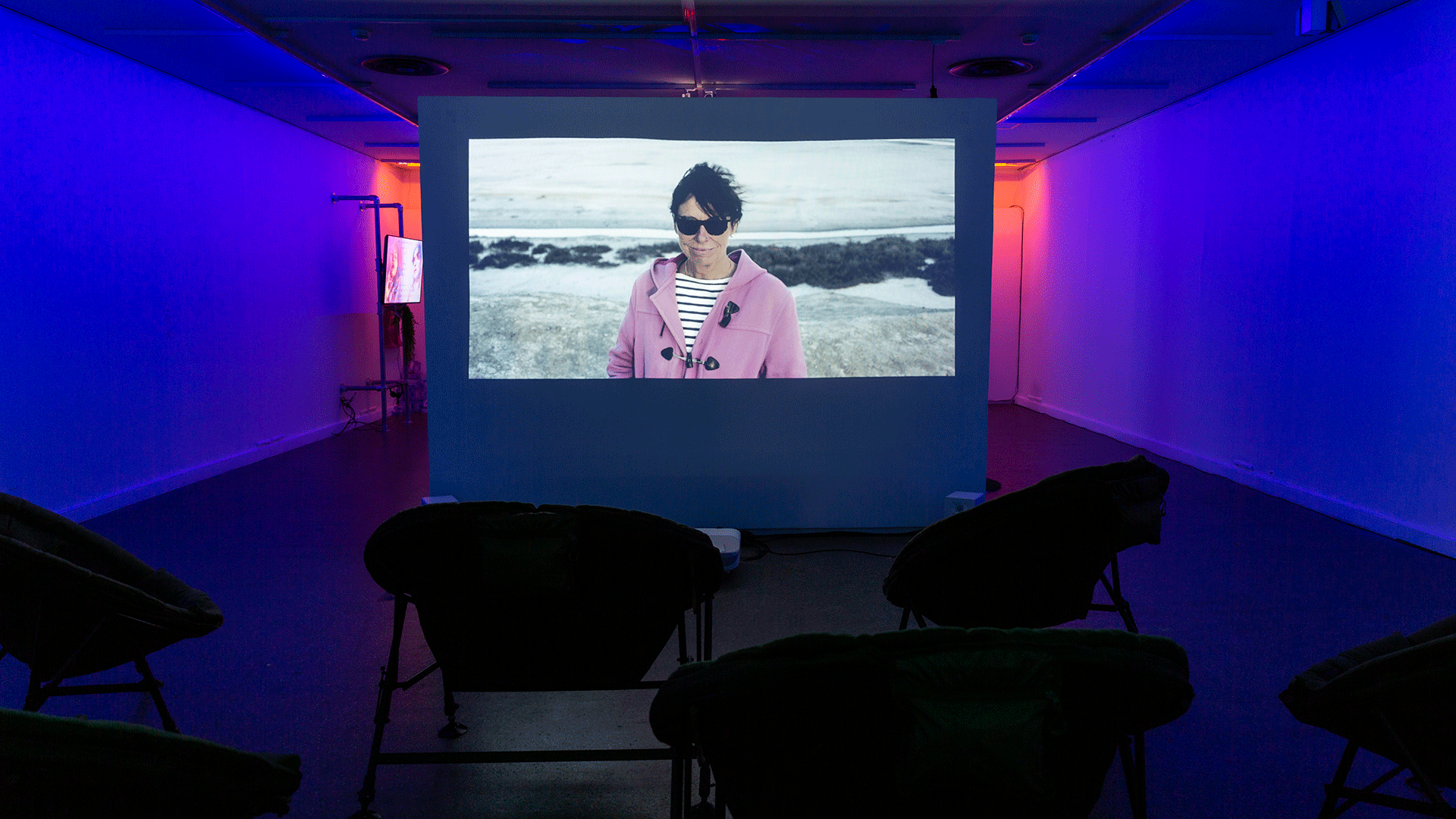 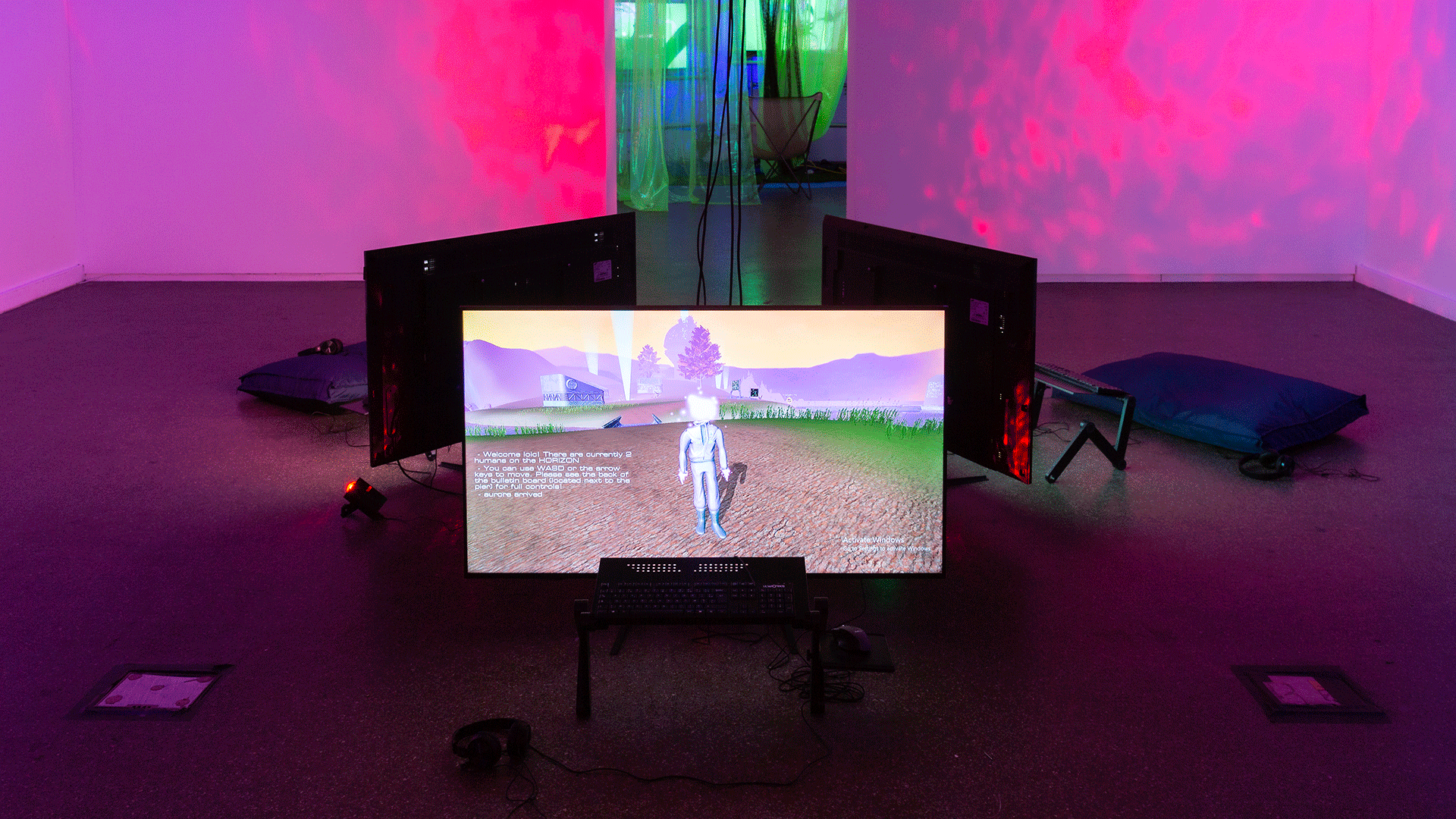 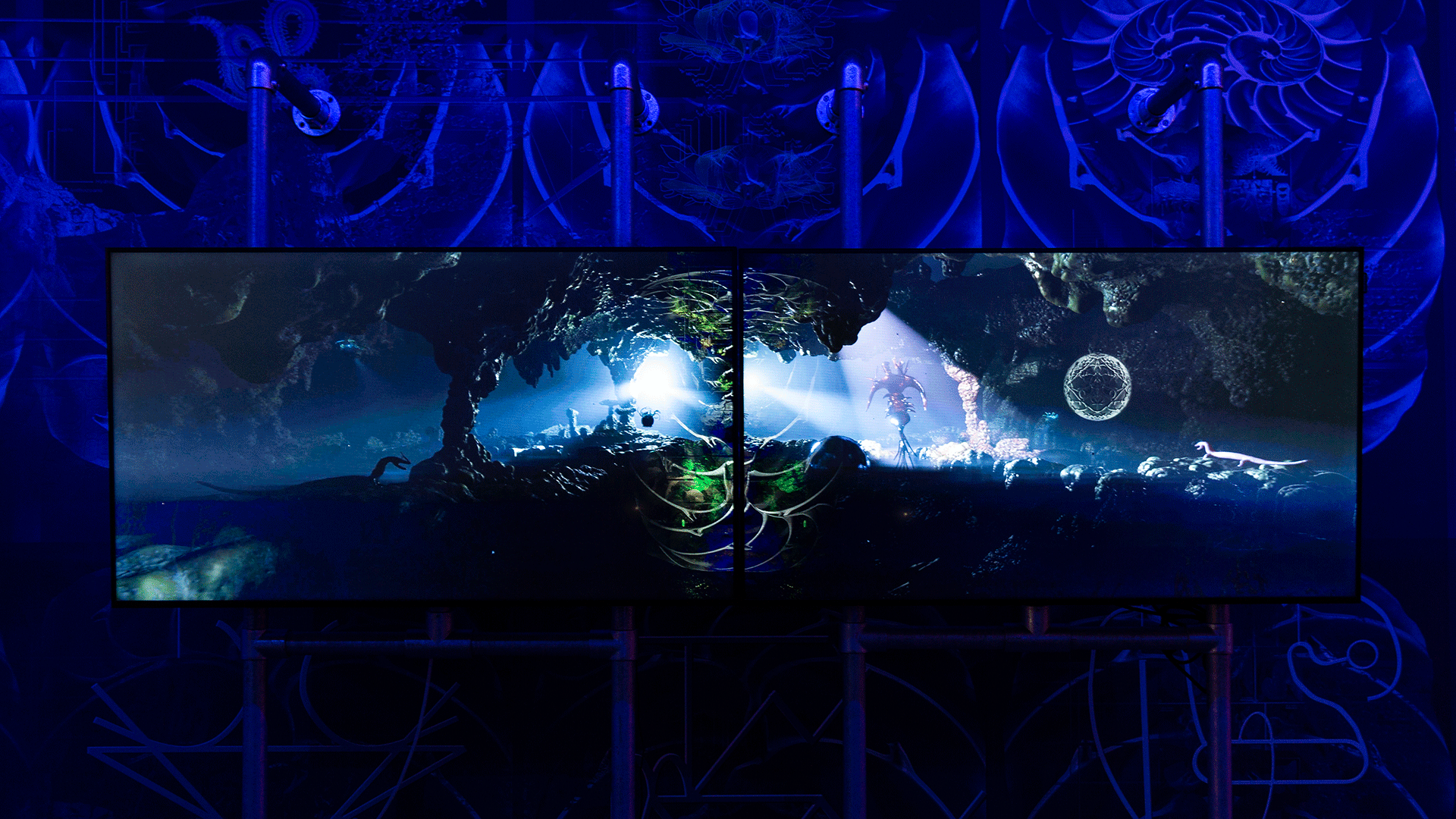 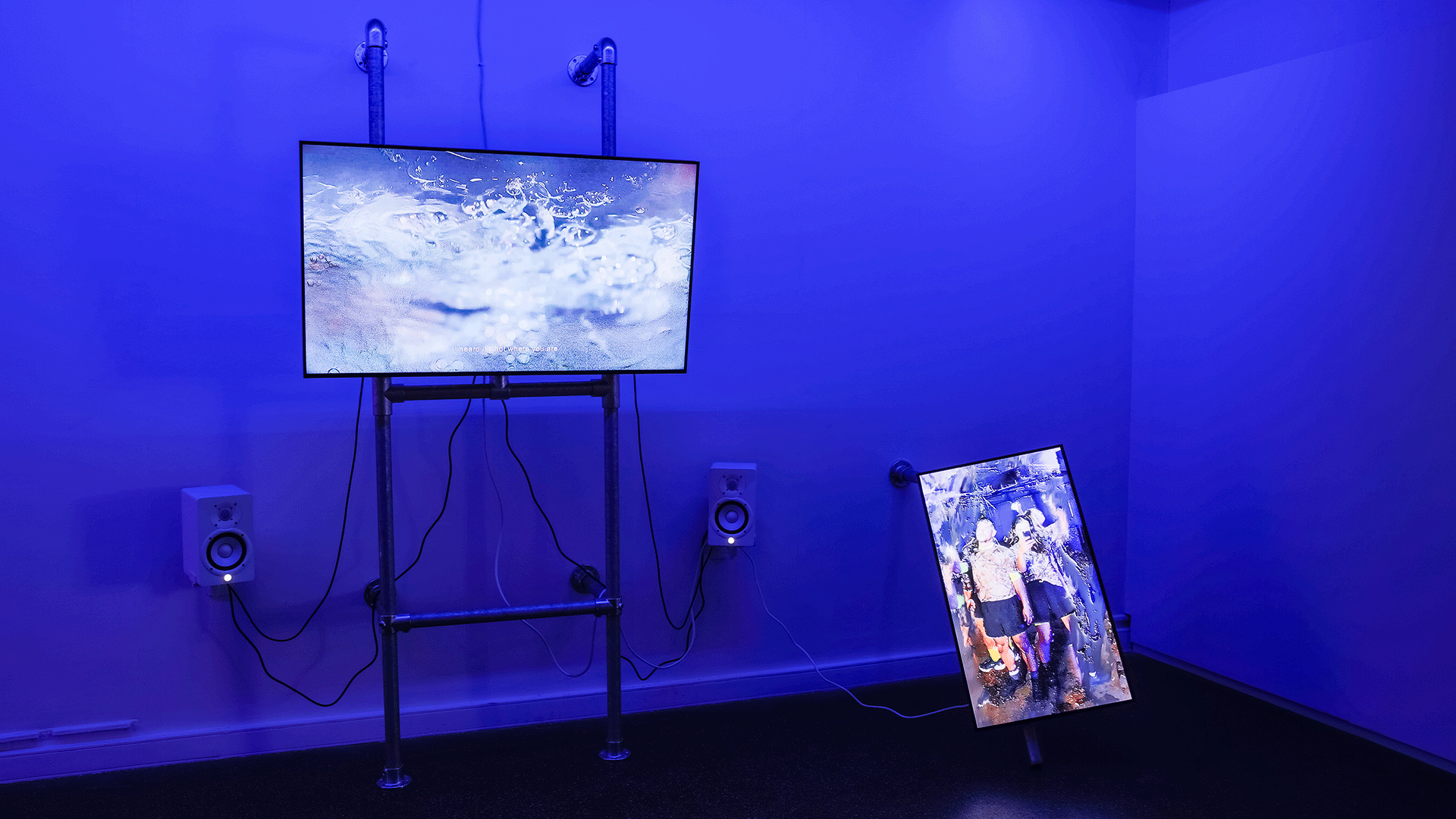 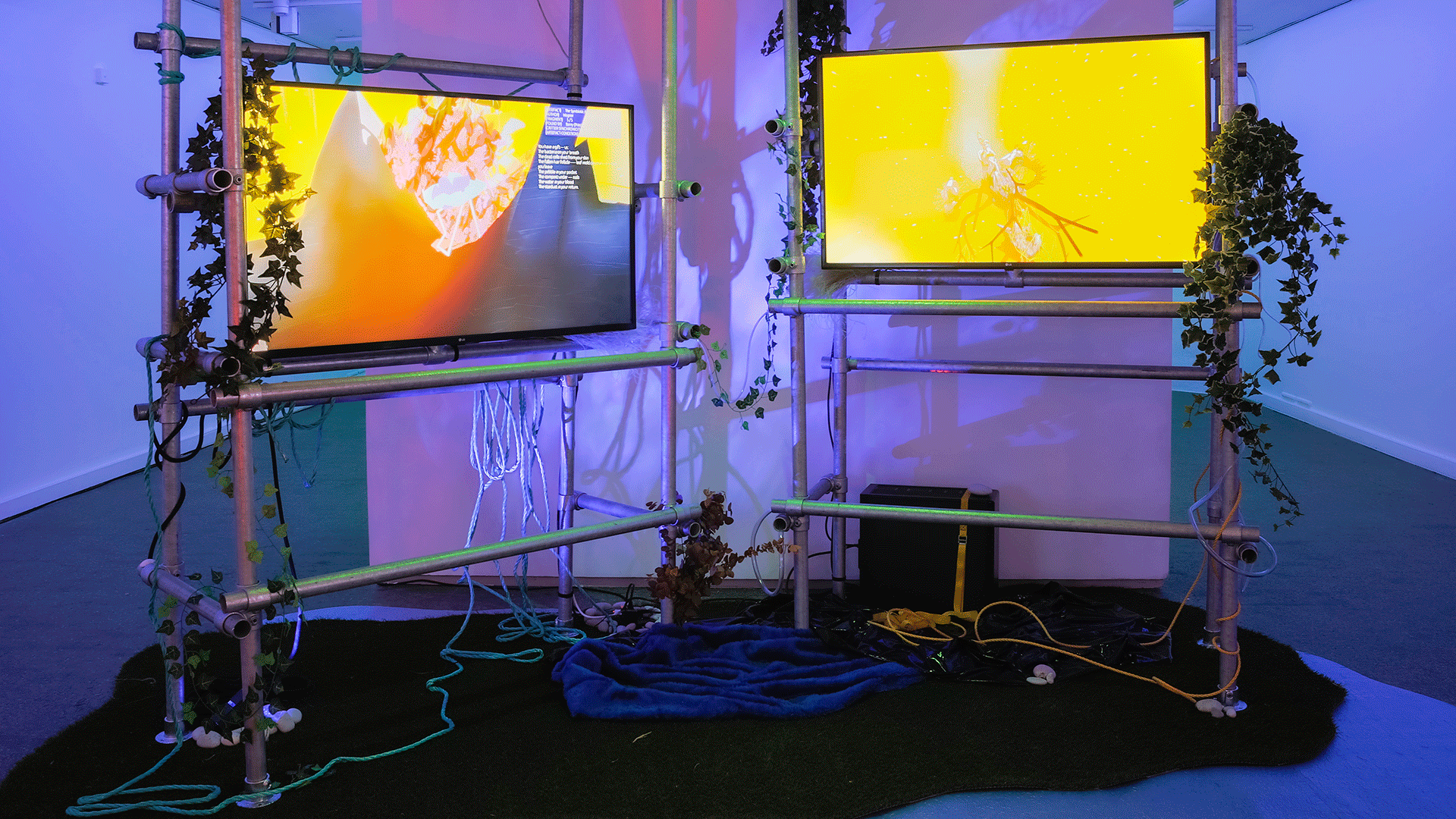 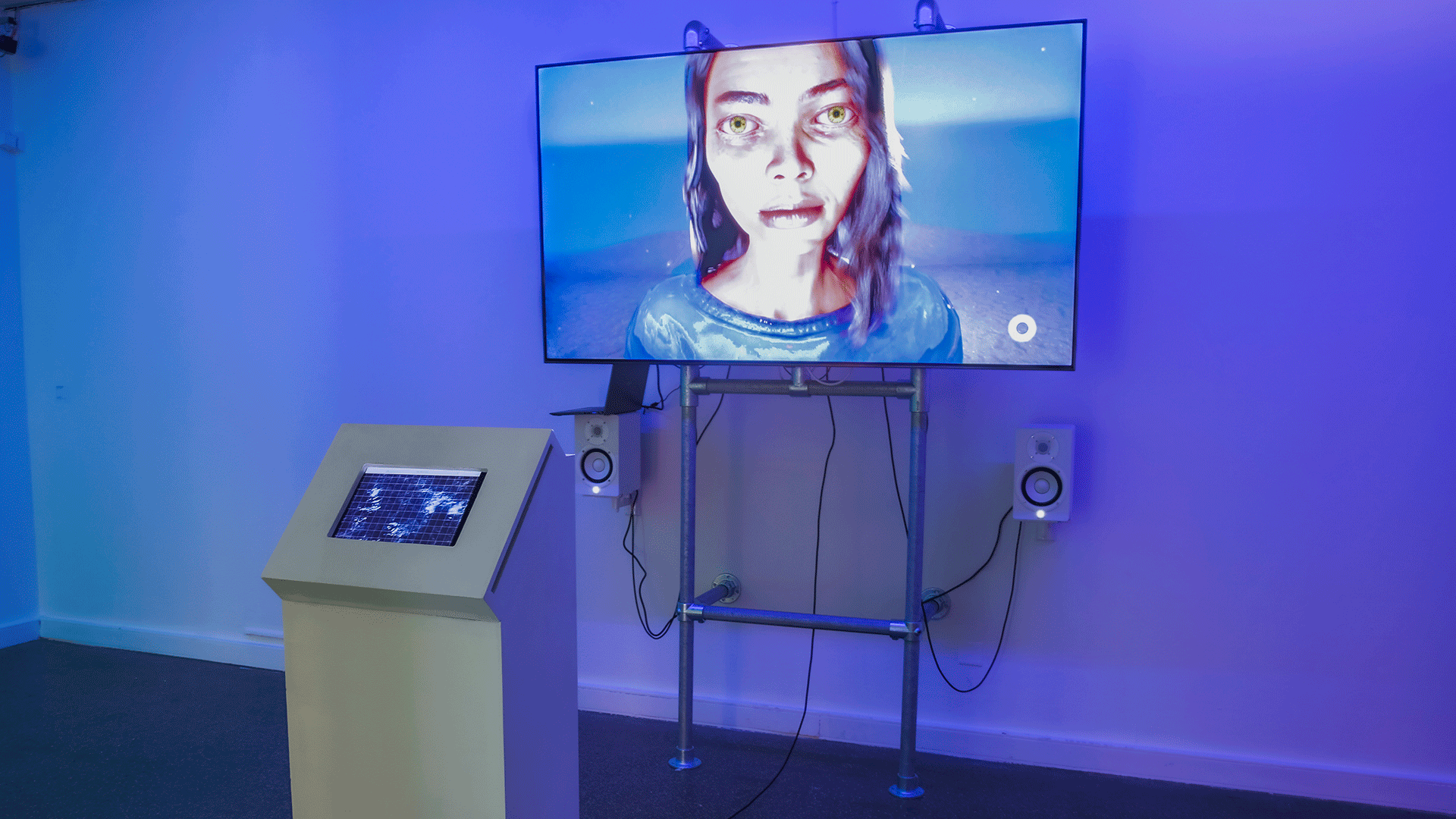 Presented in collaboration with Klima Magazine and Fabbula, the exhibition Faire Monde(s) shows the multiple ways in which creators are seizing the virtual to fabricate new ways of being in the world. Drawing on the speculative philosophy of Vinciane Despret and Donna Haraway, the exhibition juggles with the idea of an uncertain future where speculative realism, virtualities and hybrid ecologies are mixed. The exhibition presents metaverse artists such as in a variety of formats (games, VR, projection, audio). Like a swamp, Faire Monde(s) intends to show various speculative currents of thought and creative proposals around the virtual. 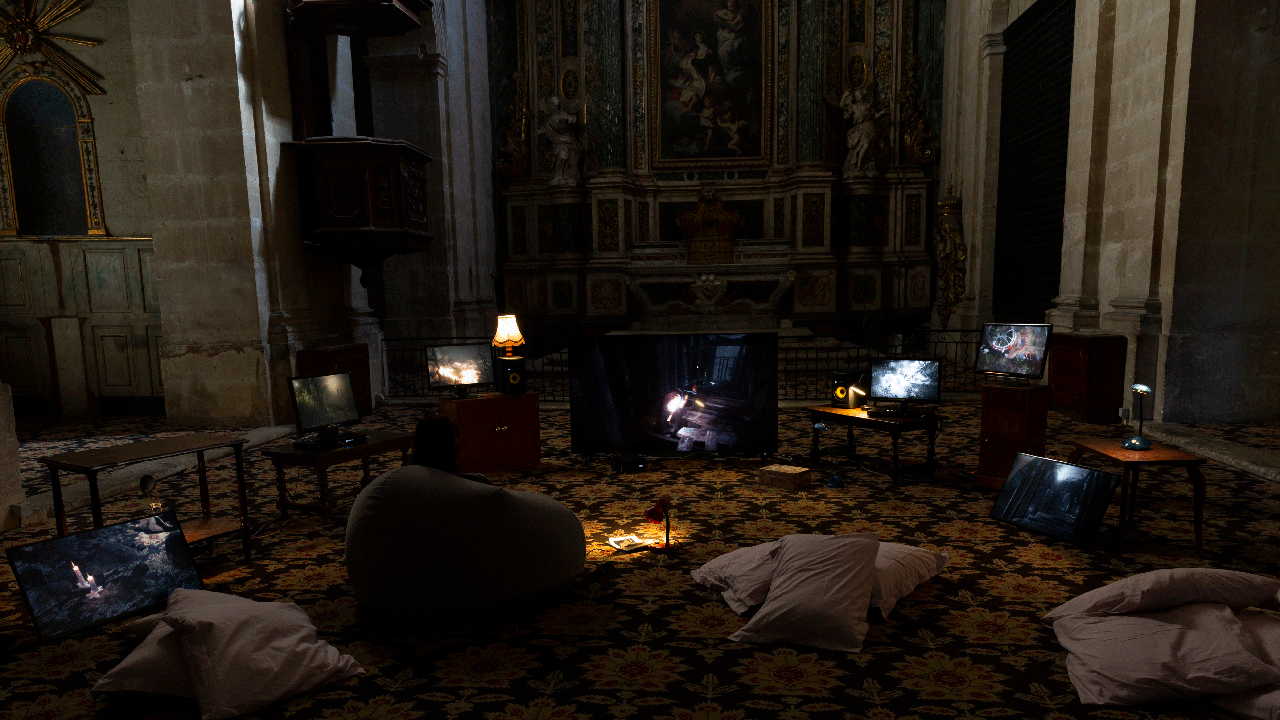 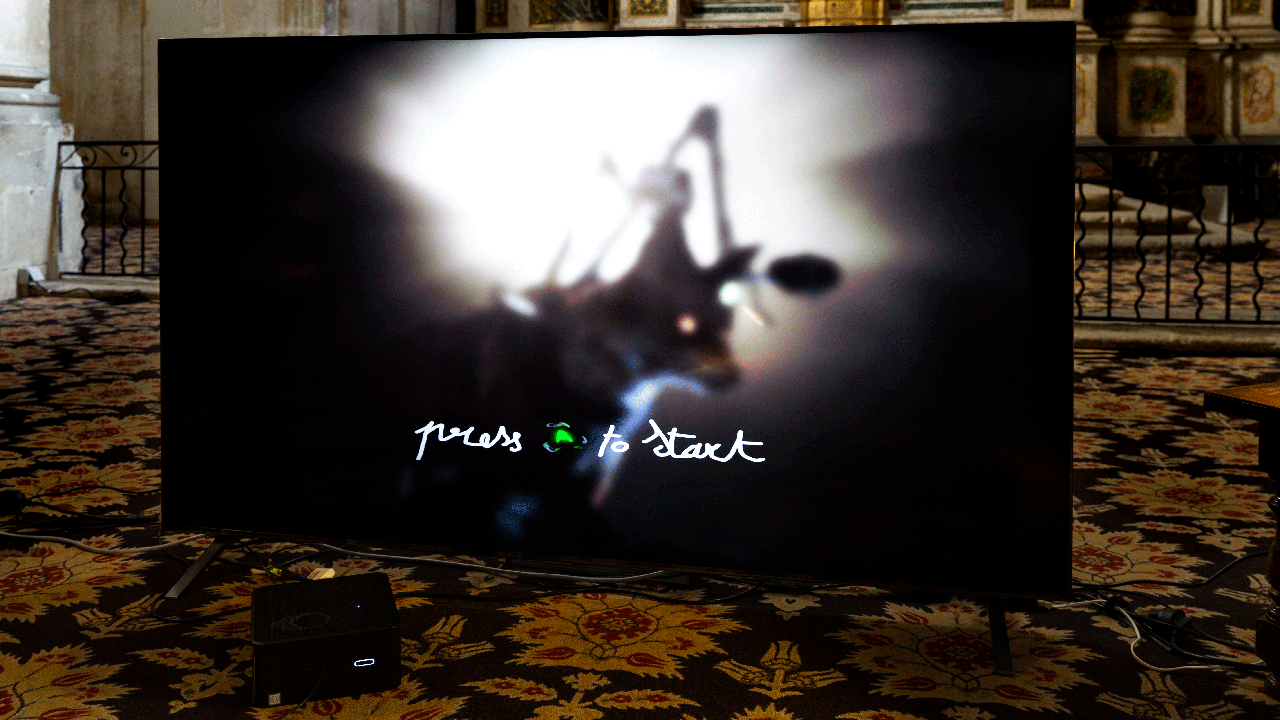 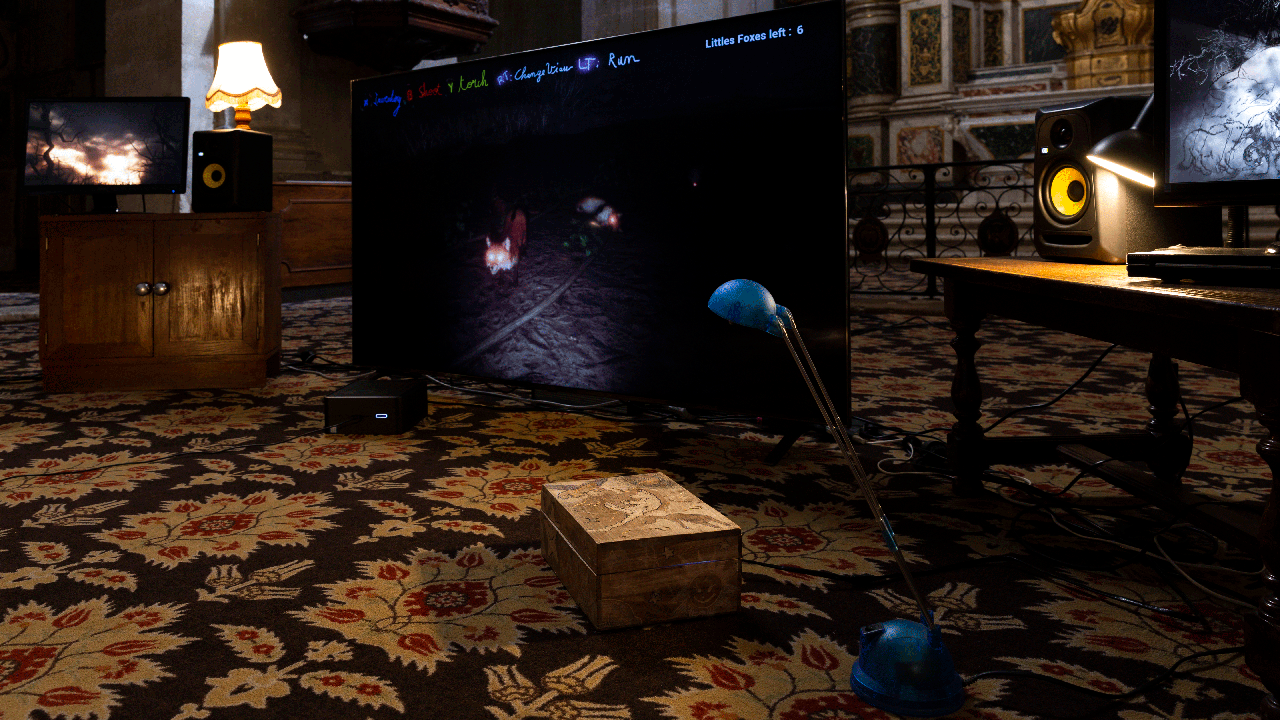 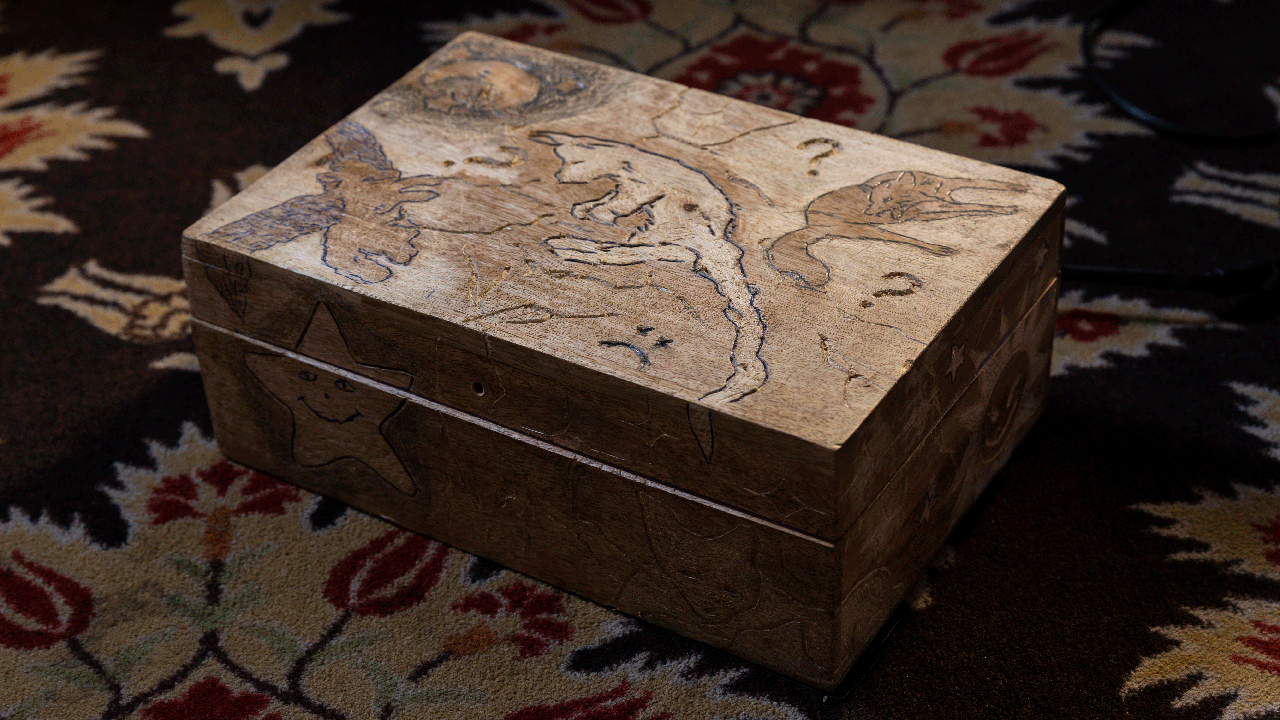 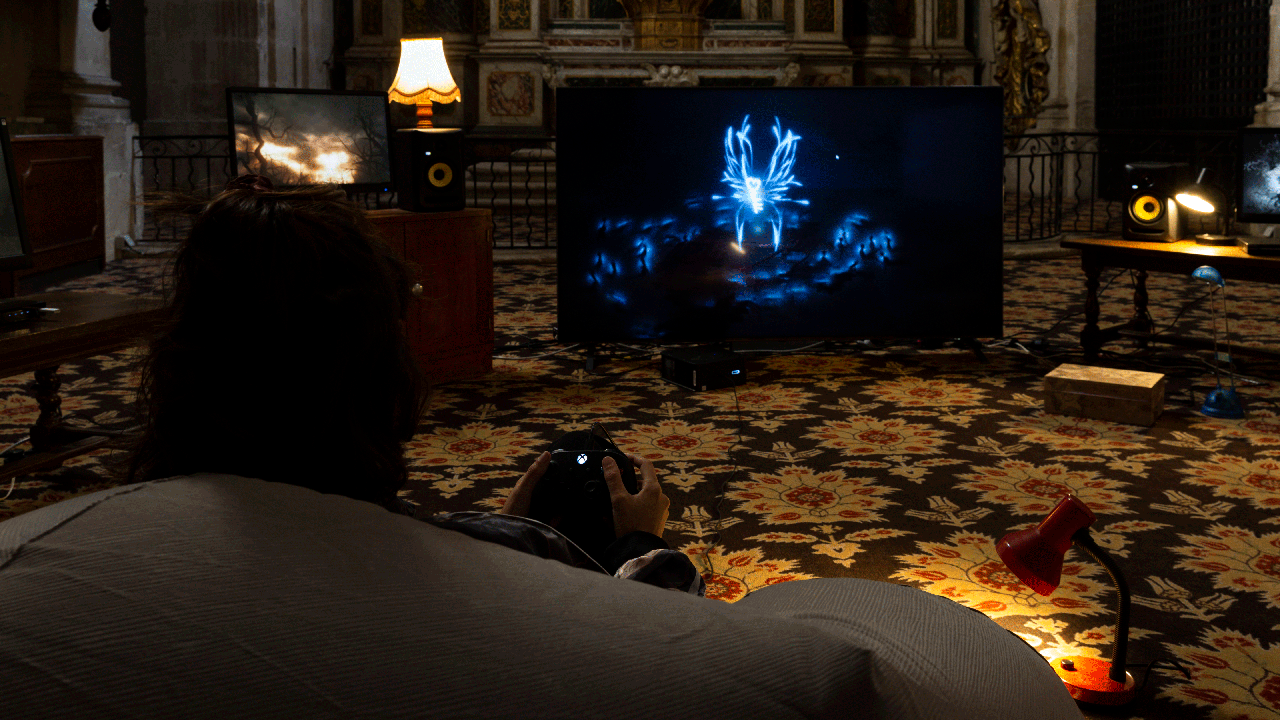 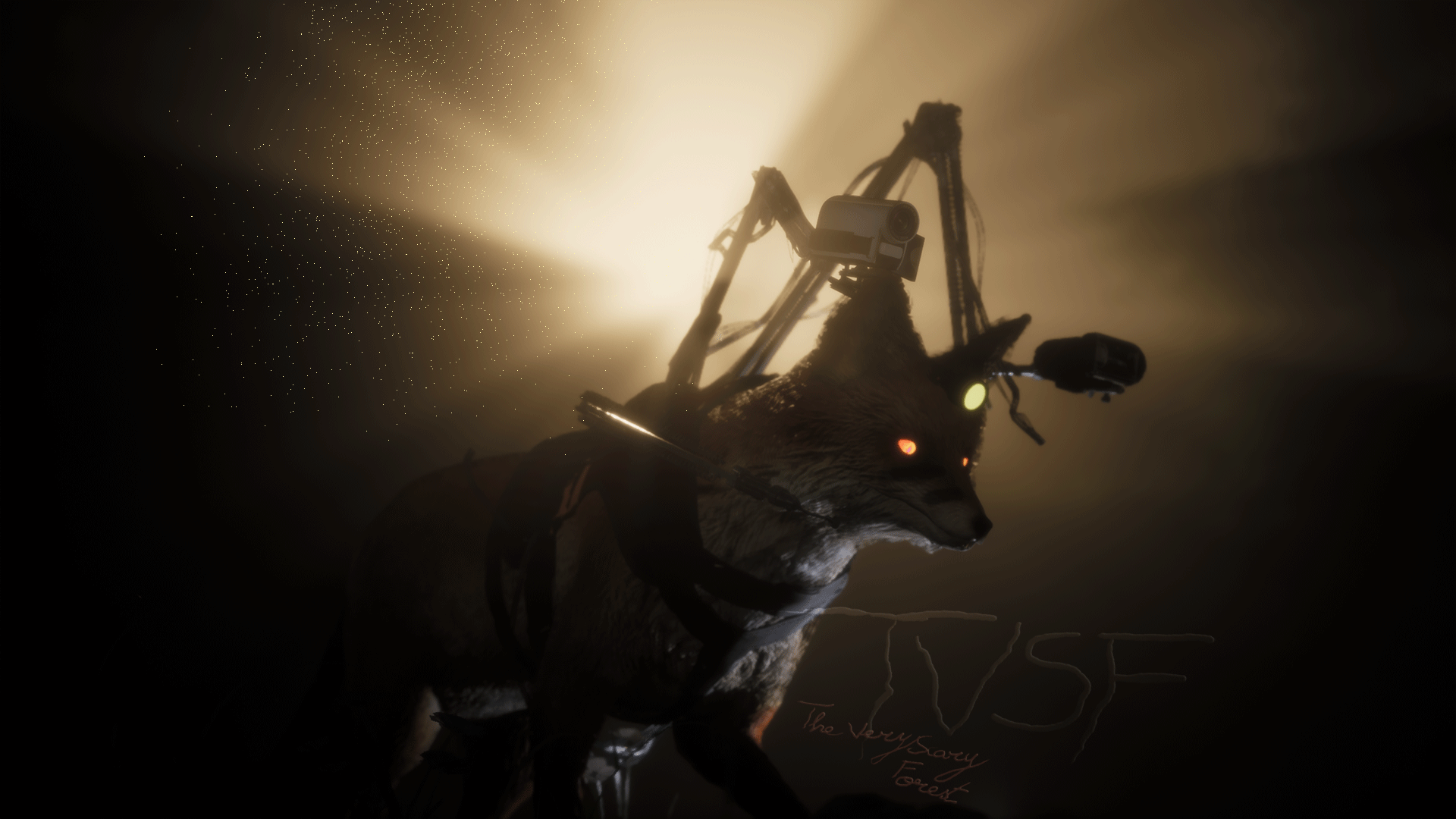 Invited by Octobre Numérique, Extramentale presents the video game TVSF, The Very Scary Forest, by Saradibiza. This mini game is built like a terrifying nursery rhyme, laden with a certain cynicism. Through fantastic universes mixing 3D and 2D, Joe, a father fox, must find his missing baby. On his way, he will meet several characters, including Fragila, a car in tears, who will guide him to complete his mission. 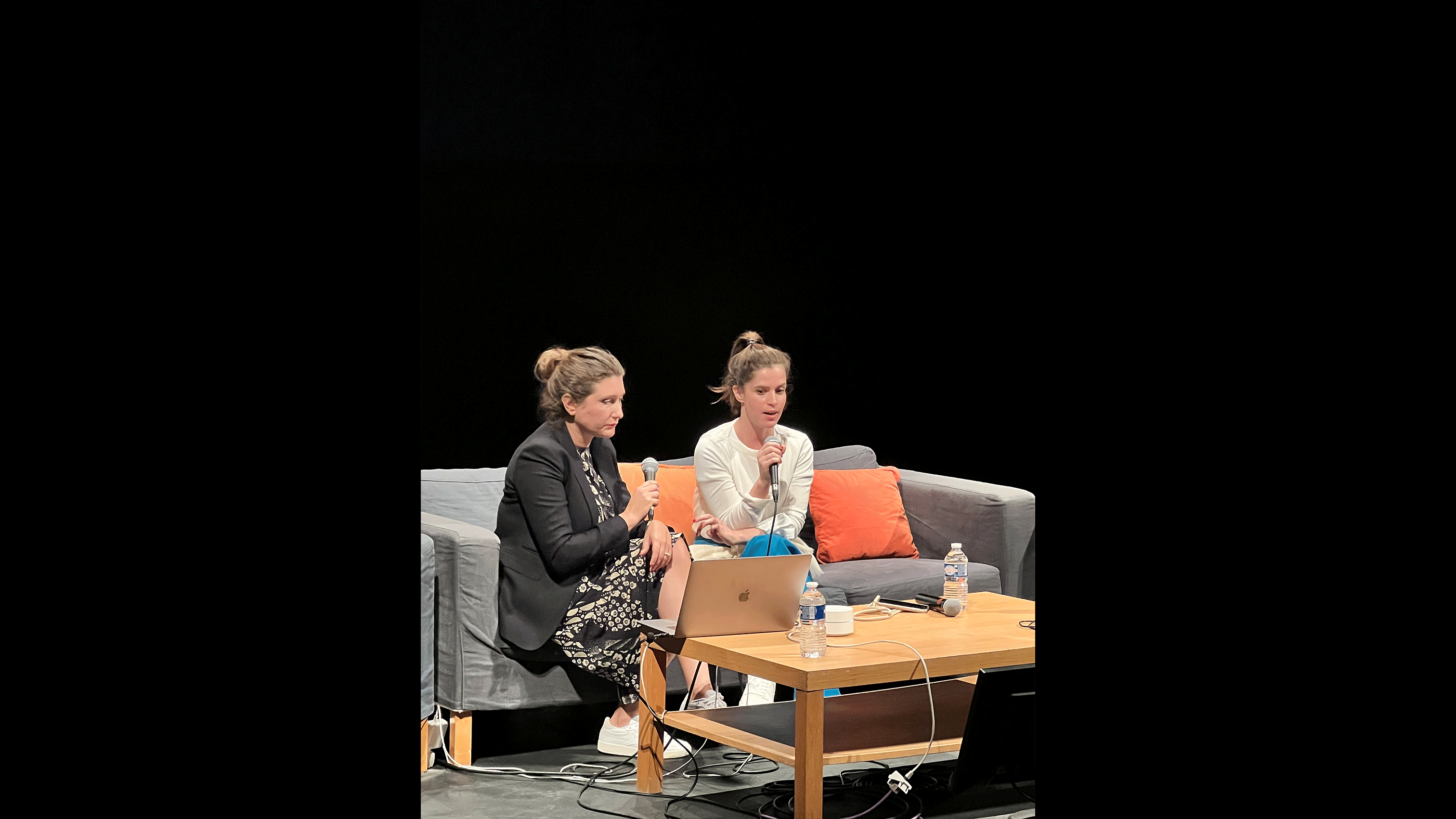 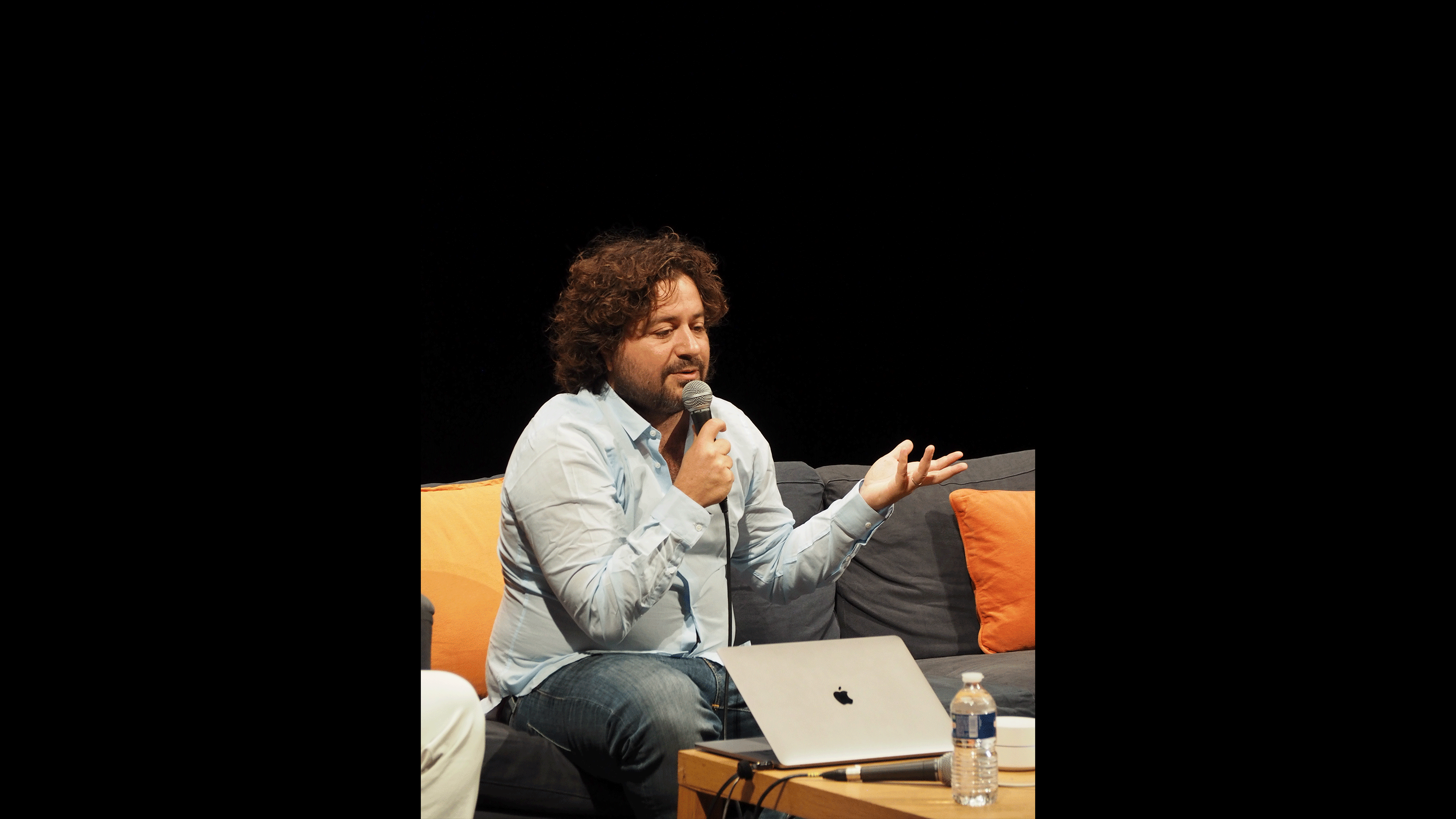 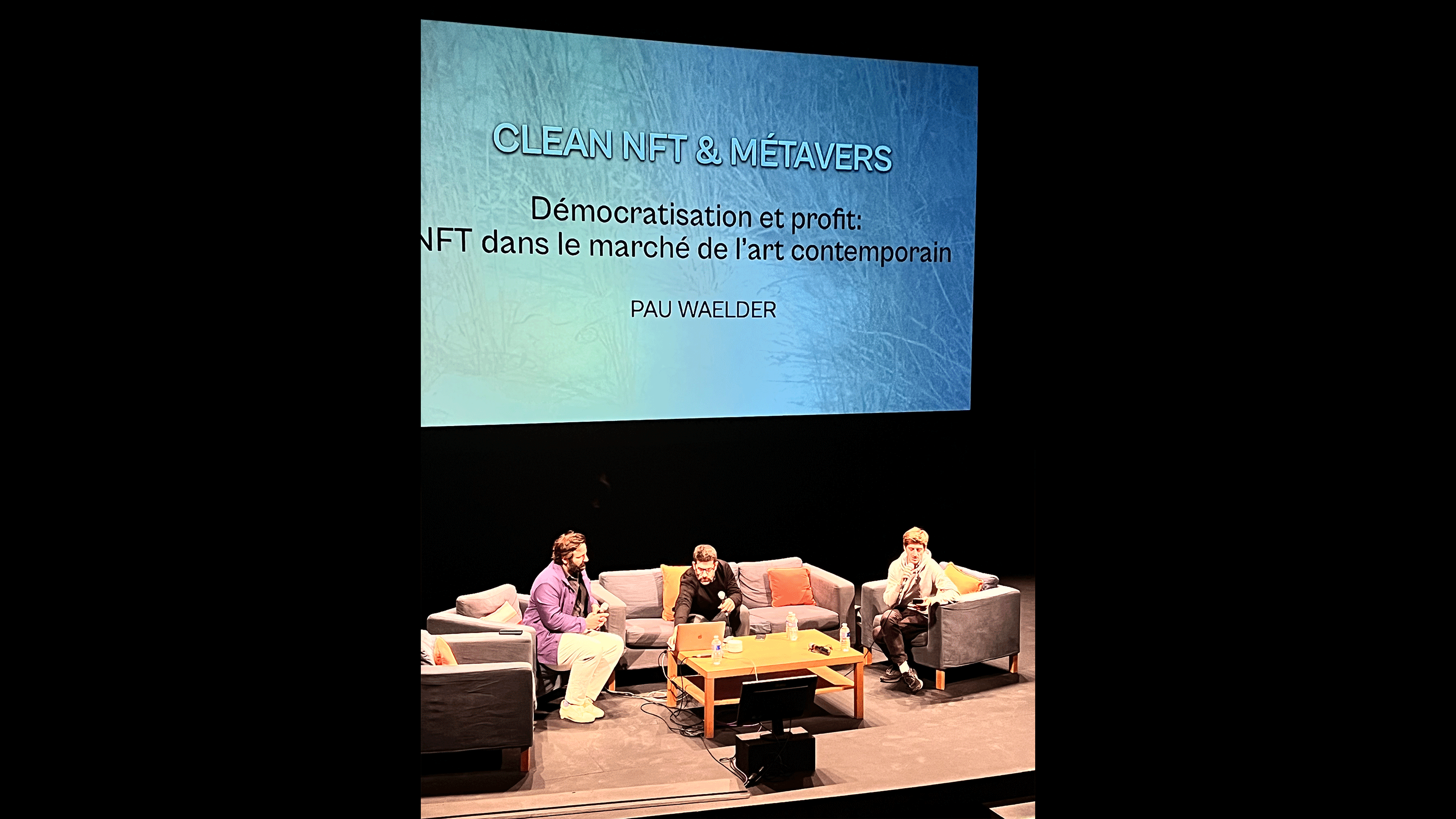 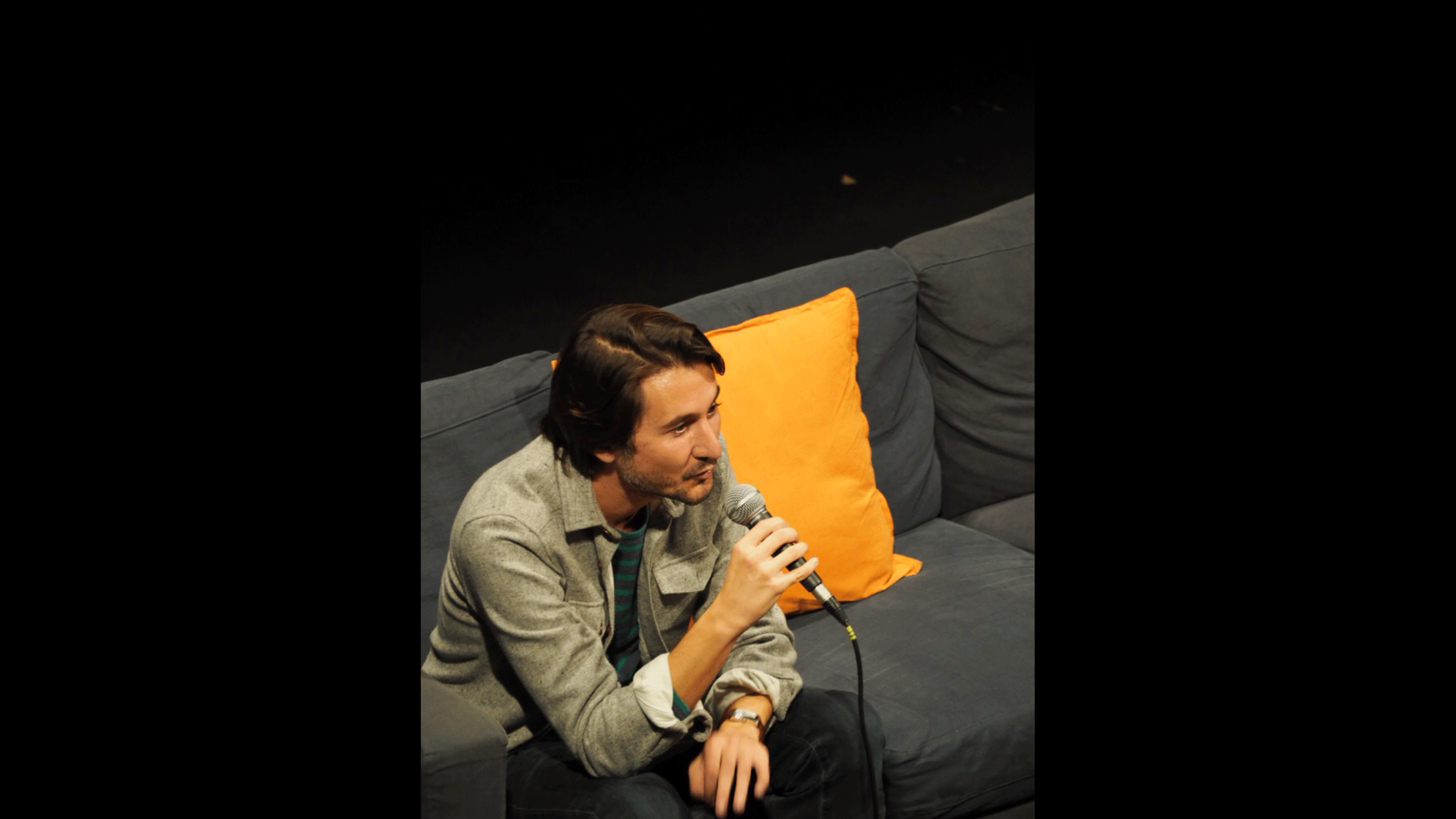 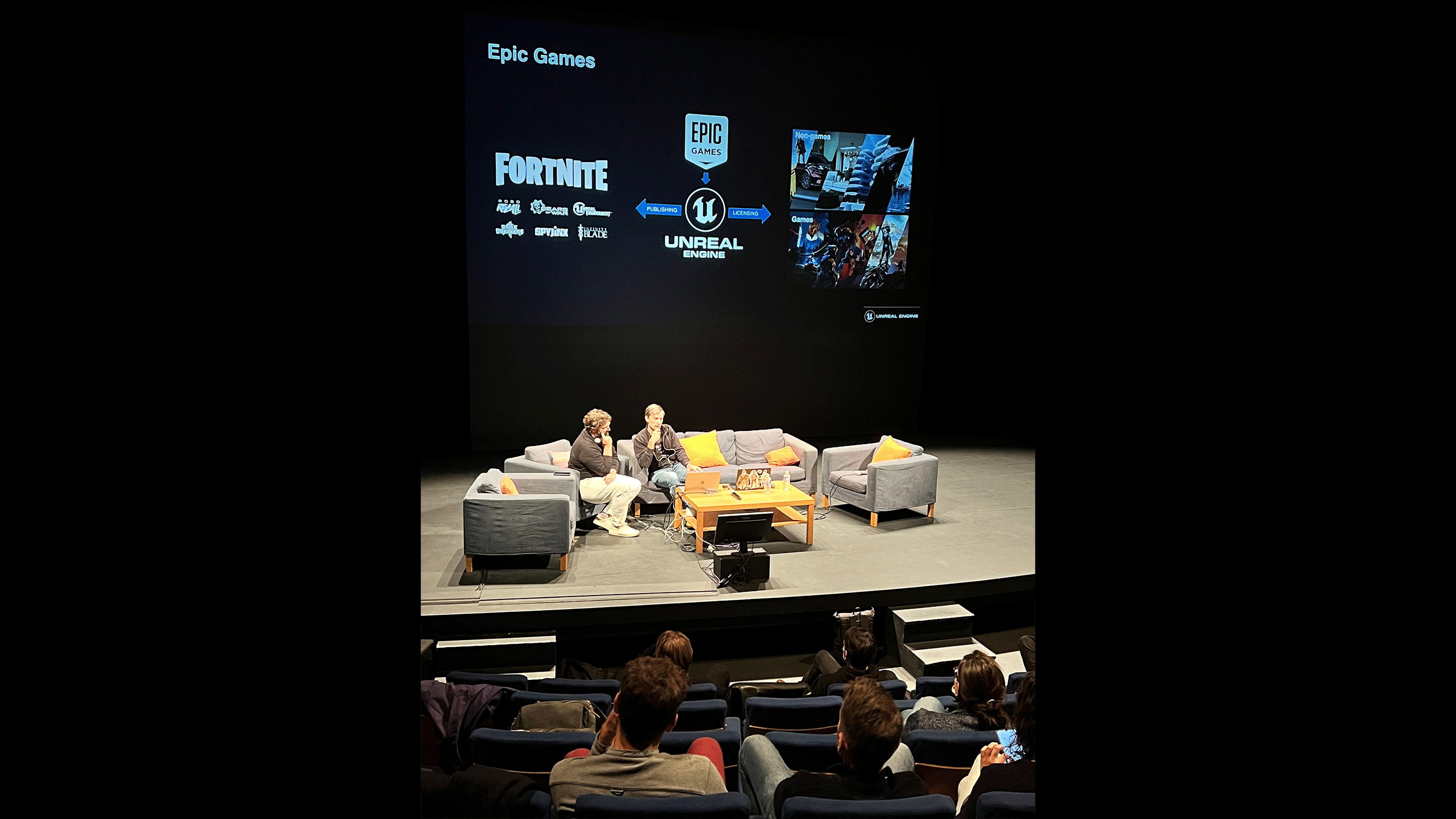 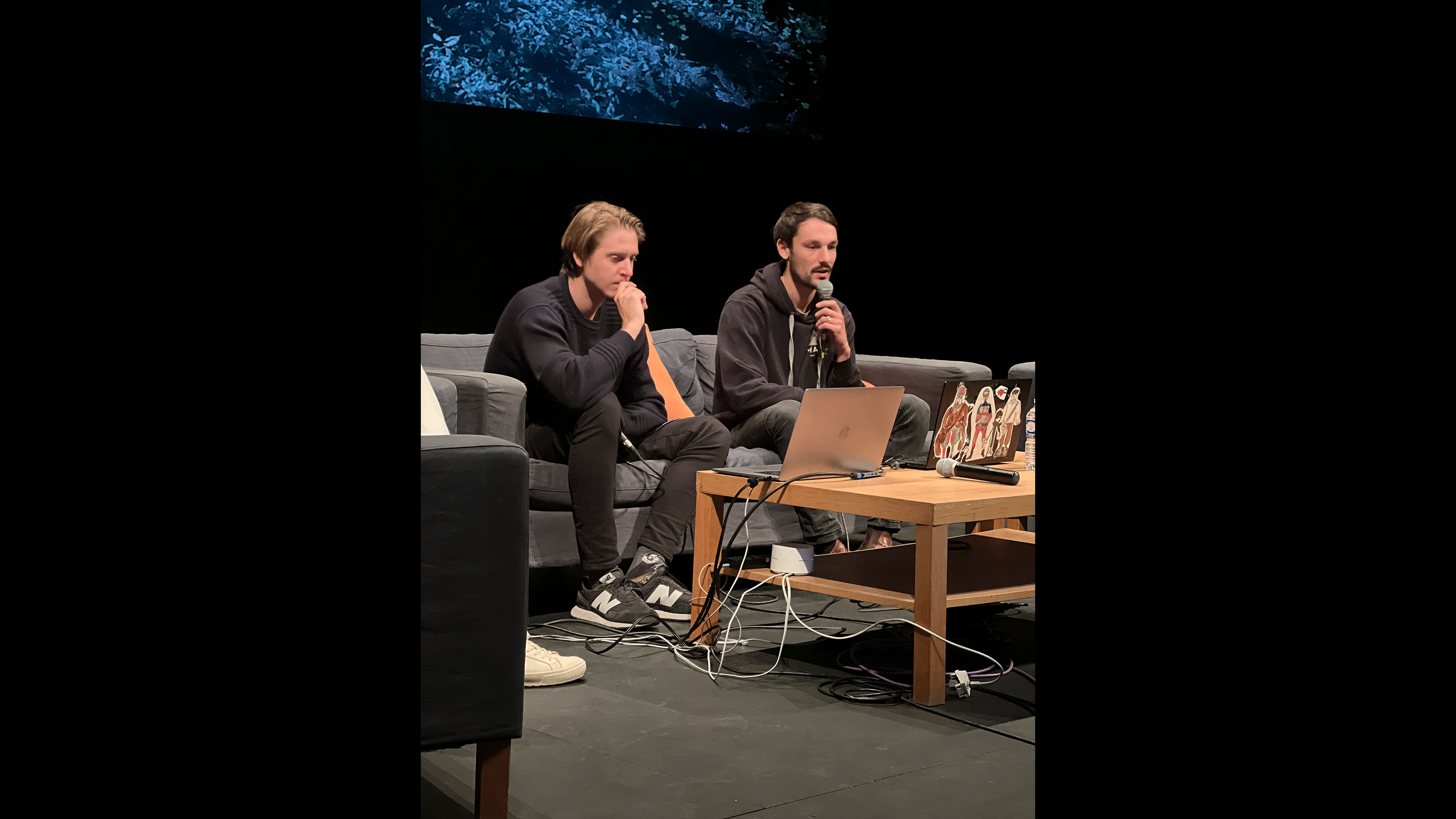 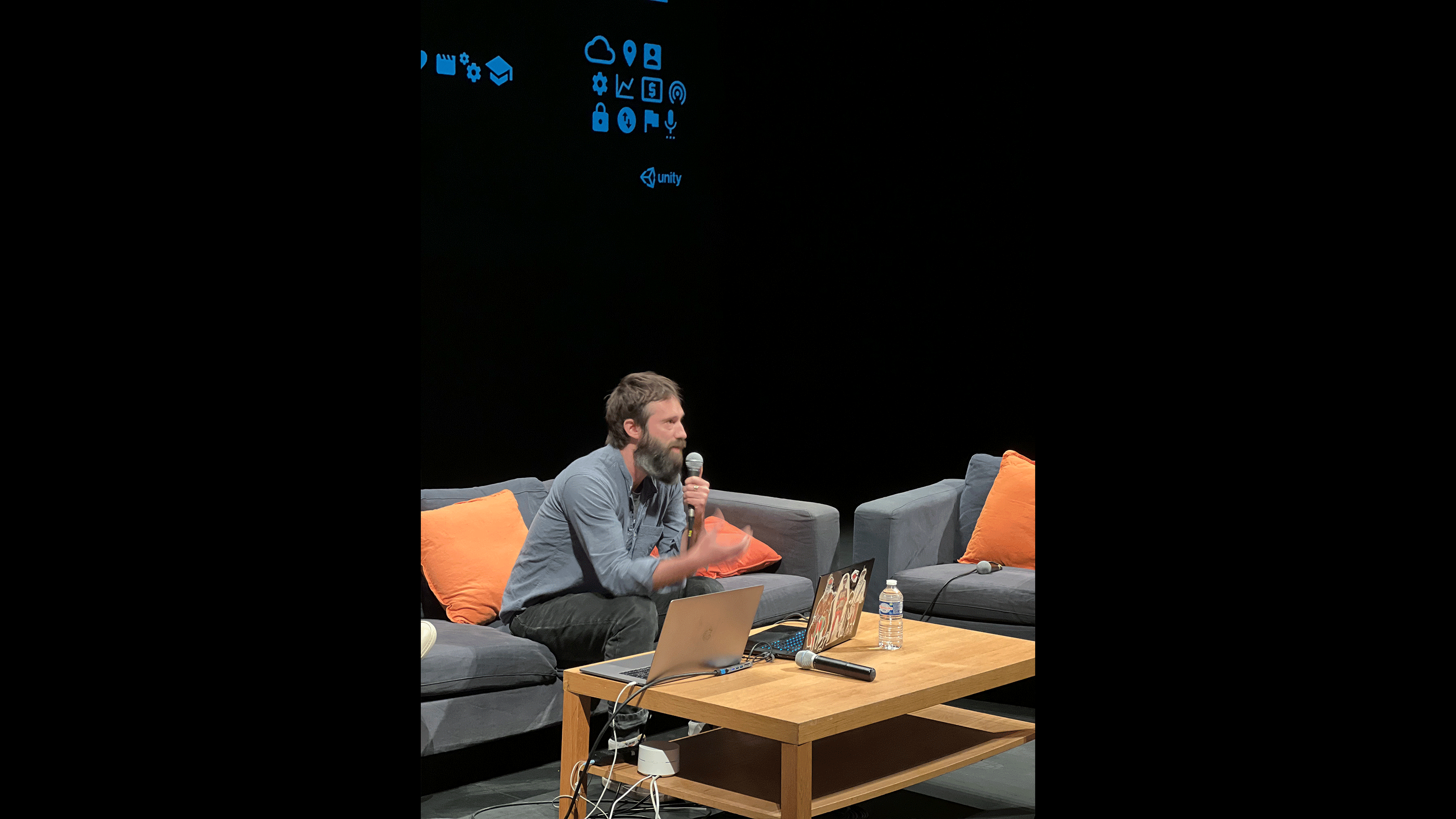 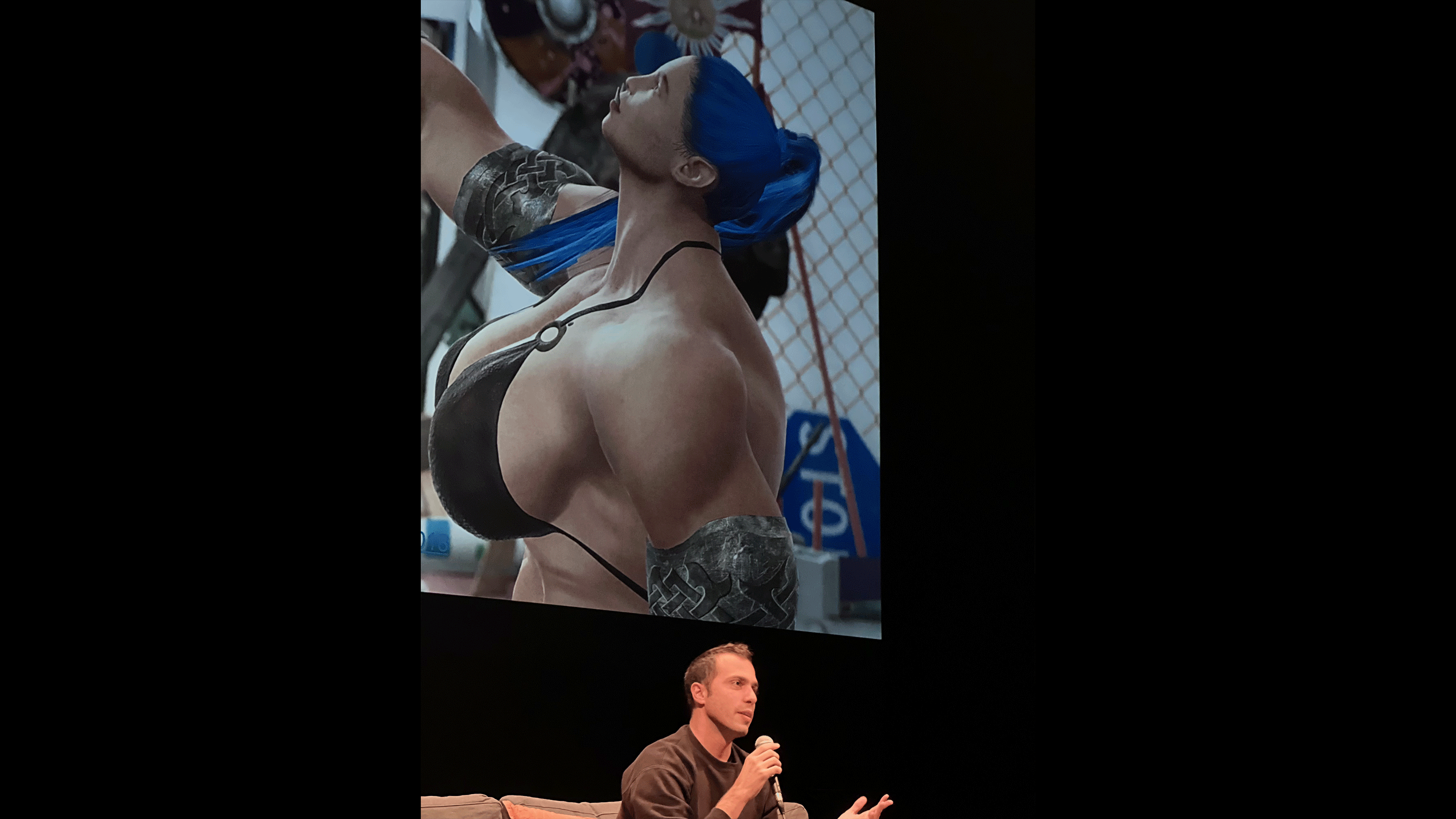 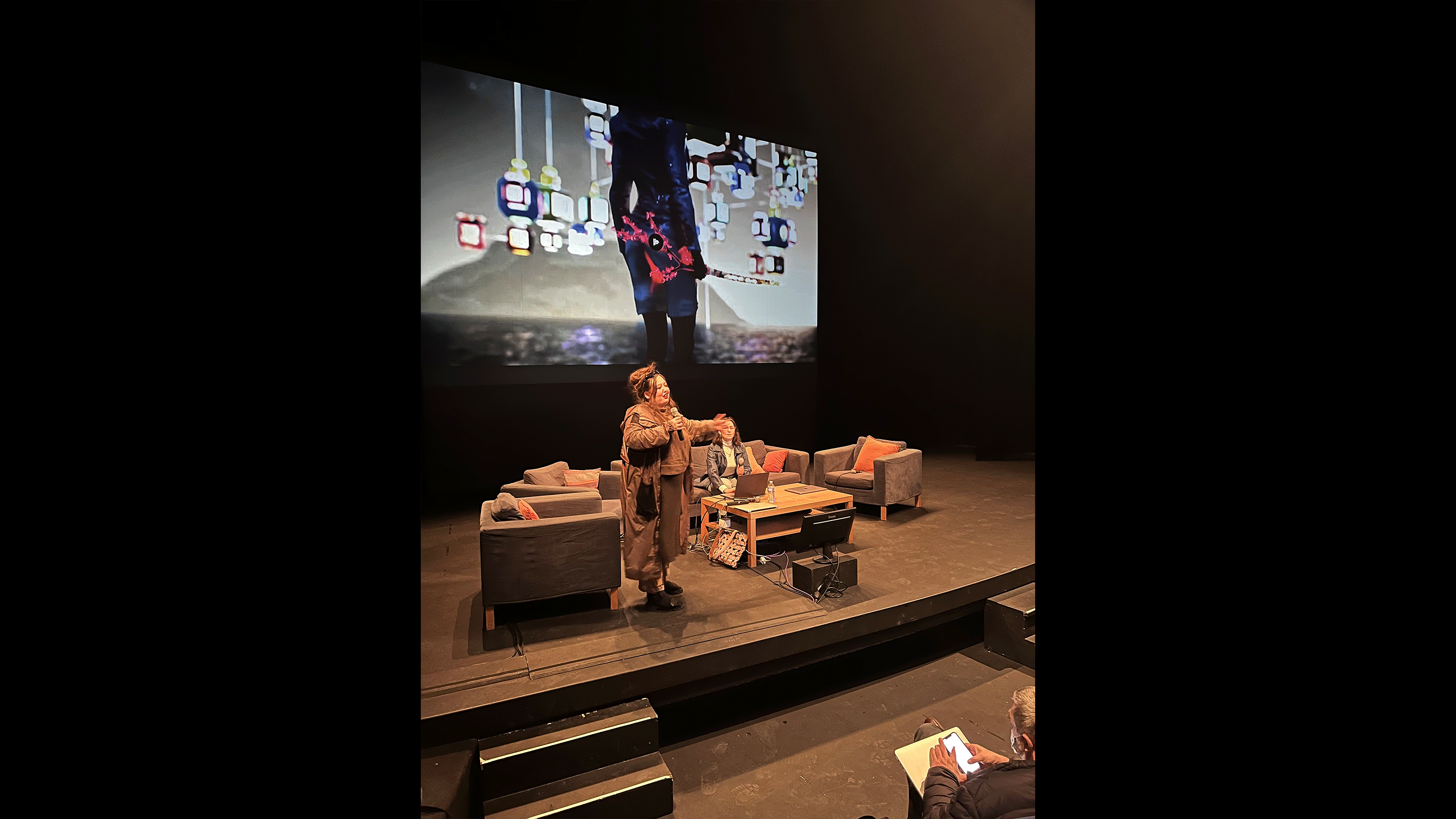 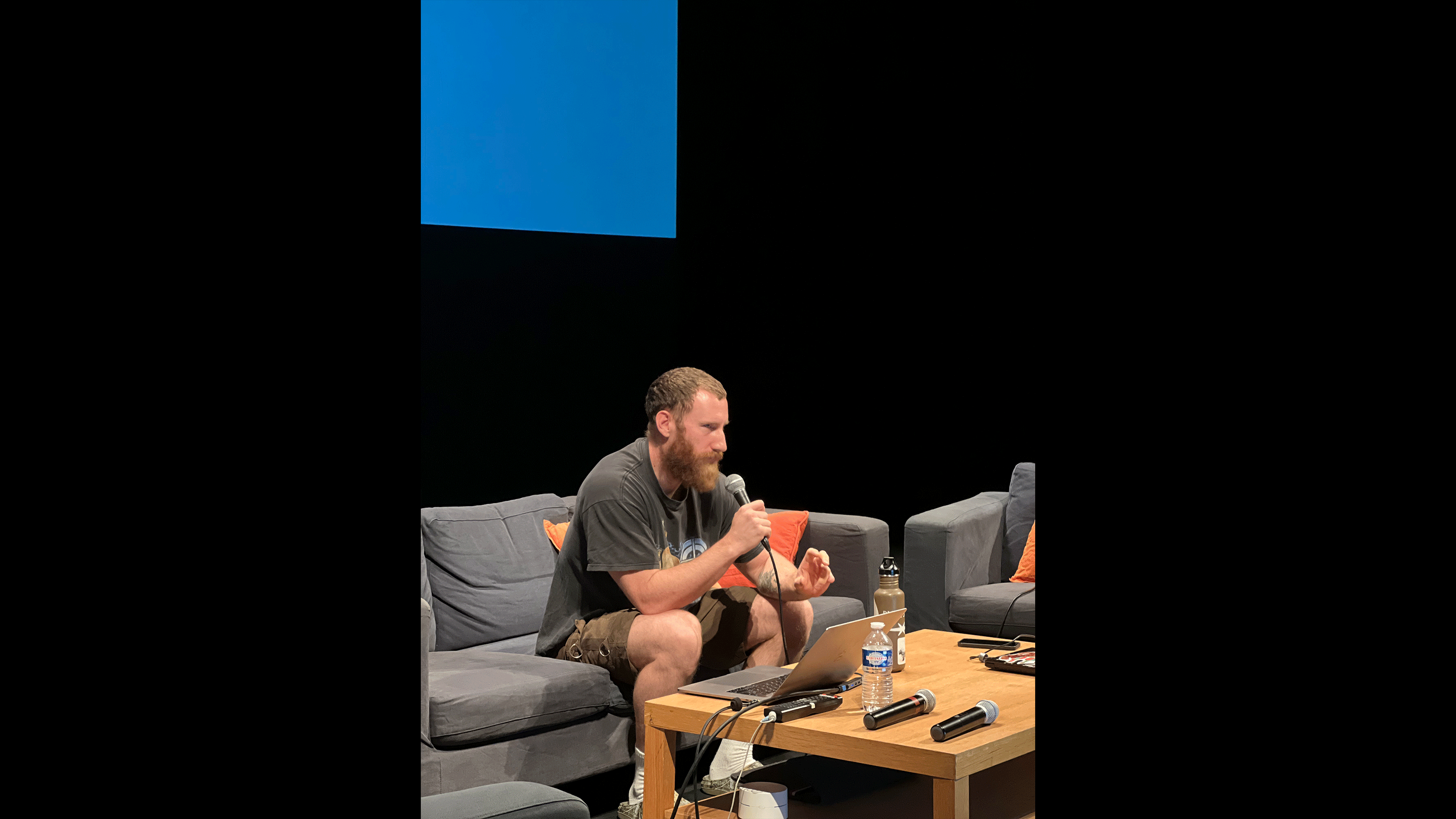 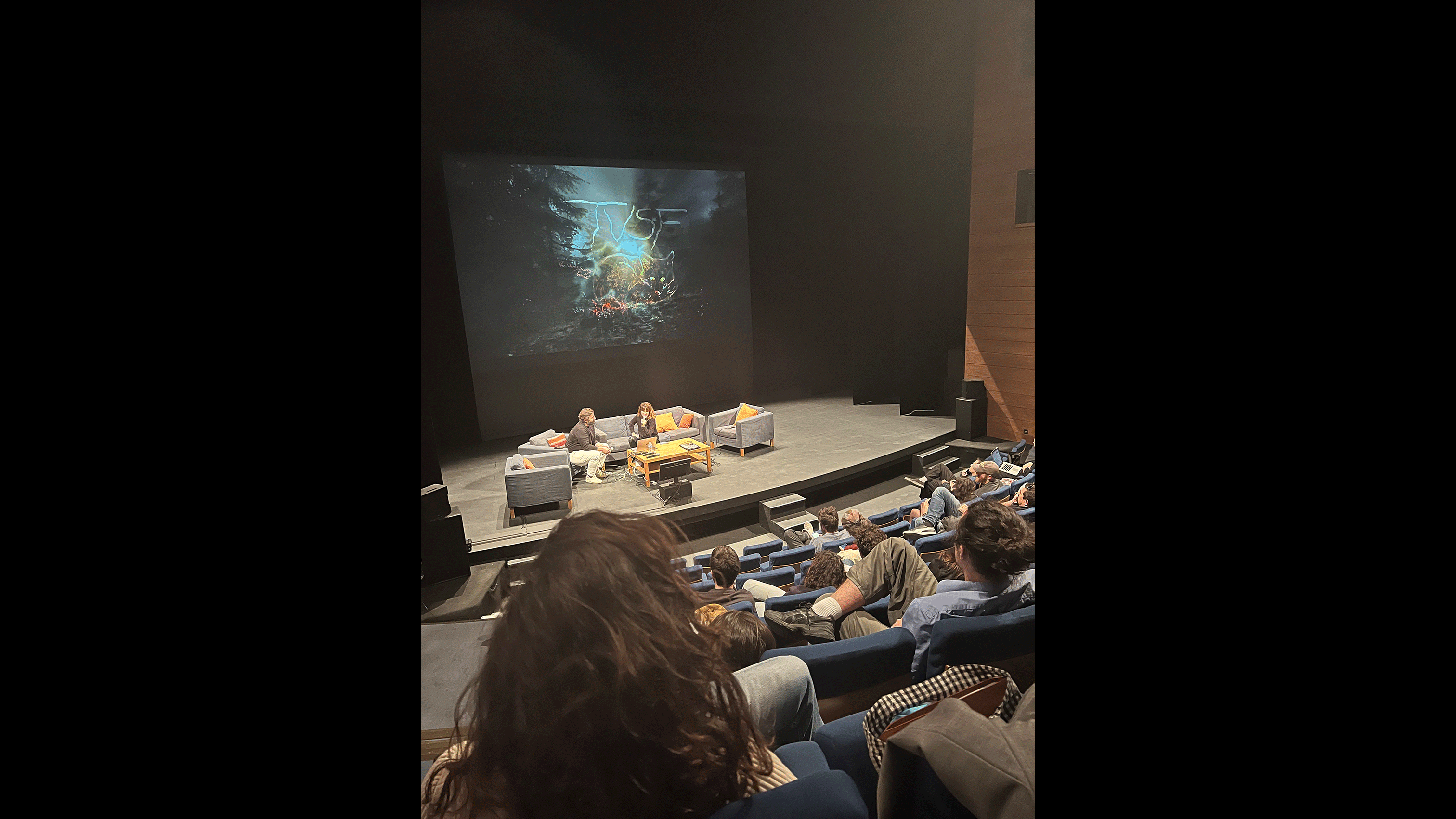 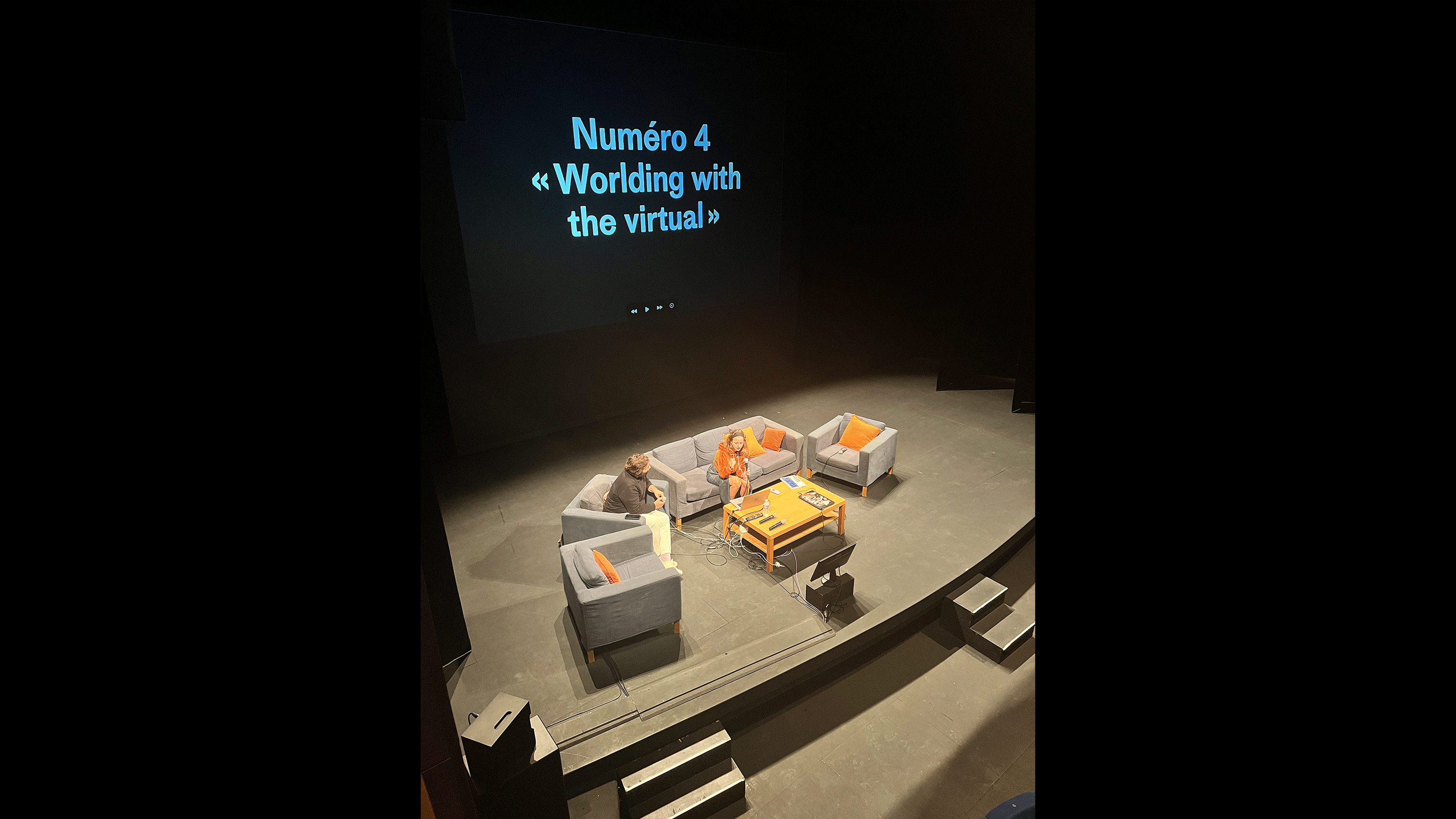 From October 6th to 8th, leading international experts and professionals congregate in Arles for conferences, workshops, roundtables, case studies and demos on the latest trends for art in the metaverse and the emerging practices of eco-responsible NFT. Presented by Fabien Siouffi, artistic director of Octobre Numérique – Faire Monde and Adrien Ohannessian, founder of Renaissance NFT.

Octobre Numérique is a label and festival initiated by the agglomeration community of Arles Crau Camargue Montagnette which highlights the actors and new digital practices in the fields of creation and technological innovation, offering the public a strong cultural animation on the territory in the fall.