I had my magical social VR moment yesterday. That kind of pivotal moment that has the strength to shape my motivation and drive in different new ways. It started days before in a Parisian apartment when I was invited to join a VR chat meet up. Confusing talk of needing to create a avatar and a level, and the ominous fact that it involved work in the all powerful Unity.

I’ve been developing 220 stereo cinematic VR experiences but have zero CG experience. So I put it at the top of my to do list and ventured back home to the bay area. I came home to the biggest heat wave of the year, so strapping my thick DK2 to my head was a sweaty proposition.

I spent the day fumbling around following instructions and learning about importing assets and camera angles. I then connected with the Parisian friend in question — creator of Synthesis Universe — and very timidly asked for help. The rest was magical. We spent an hour discussing the importance of the right avatar, and looking for one in the Unity store. At first it was just a technicality to me and then I slowly realized the philosophical importance of the choice. He offered me one of his girls, to be one of his perfectly sculpted creations. Via screen share I watched with wonder as he worked out the mechanics of skirt movement and humanoid skeletons. 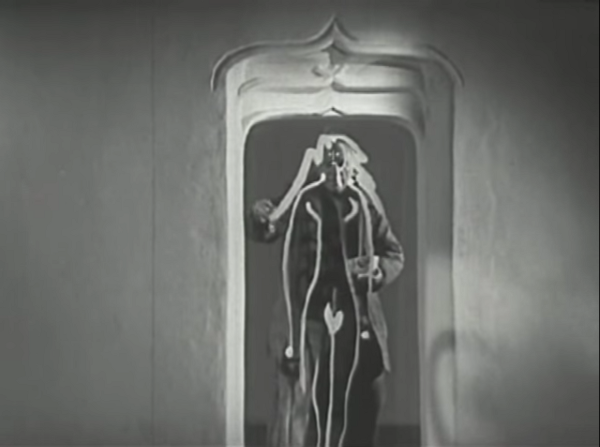 The moment reminded me of watching documentaries of Picasso painting, the sheer wonder of watching clicks, like a paintbrush, create bone structure, curvature, and ultimately desire. The aesthetic of the character sensual in subtle ways, defying cliches but still pulling on my emotional strings. My sexual receptors responded vividly. Curves mixed with jagged edges creating the most seductive of thighs. And as he was guiding me to upload — or embody my new avatar- my overheating computer made me want it all even more. The VR chat app hijacked my other apps, silencing other conversations and information. I used my phone to Skype desperate pleas for help, while peering out of my sticky HMD. And just as I was starting to want to back out he spoke the most magical kind of words “you can do it”. And a few keystrokes later I looked down I saw that I was her. It was like a painter had clothed me.

A few hours later I attempted to join an event on the VR chat. Once again everything was new. My mac laptop’s fan was yelling at me furiously as I pushed the graphic card to its limits. I remember struggling to enter the group. Doing a few hard resets on the machine, and then suddenly I was somewhere, somewhere with the power of a giant redwood forest.

I could hear voices, spread out in layers of space, and transparent blue humanoids with names above flashing. I said hello in french. It all felt so warm. They jumped up and down and said hello. The french sounded alien to them. Let me help you, come this way, the organizer Gunter feel bad that the gathering was hard for beginners. The empathy oozed out of the digital and straight into my real body. Real and unreal merged and nothing else mattered. I was truly immersed. I was walking and trying to keep up with this new clan. I kept falling down geometric valleys and caverns and new sensations built up around me.

You liked this post ? Don’t hesitate to write a response (we read them all) or recommend (we like that too!) with the tools below. Fabbula is a magazine about virtual reality, exploring new practices of storytelling, design, music and visual arts in the VR medium.